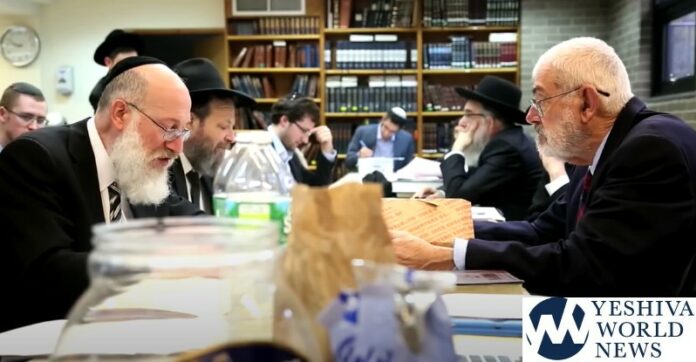 John Joseph Brown, 88, died peacefully last week at his home in Queensbury on February 6, 2021. John was an army veteran and a real estate agent. For decades, (1977 -2019) he was selected to serve as the non-Jewish buyer of “chametz”, during Pesach by rabbis from New York and around the world. John actively performed this duty until 2019.

John was an expert in the laws revolving around the purchasing of chametz, and took the responsibility very seriously, and was overjoyed to do it.

John was a friend of Rabbi Mordechai Willig from Riverdale, and a legend in the Willig family, in the Riverdale Jewish community. John even sold the Young Israel shul its property in 1975. In all the years in which John purchased the chametz of the Jews from the community and beyond, he never missed an Erev Pesach or a Motzai Pesach, at which time he bought and sold not only Rabbi Willig’s congregants’ chometz, but also the chometz administered by dozens of other rabbis from communities from Passaic to Woodmere.

One year in the 1980s, Mr. Brown shuttered his business for the year and retreated to his second home in the Adirondacks. Assuming that he had the same congenital condition that ended his father’s and his grandfather’s lives in their 50s, he sensed that his time had come, and wanted to leave the world in a more pastoral setting than the Bronx. Yet, he returned to Riverdale for the sale of the chometz, and he surprised himself by living out the year.

Year after year, John continued to buy and sell the chometz, and openly attributed the extra years that God gave him to his important role as the buyer of millions of dollars of chometz from New York’s Jews. Rabbi Willig always blessed him with continued good health and many Pesachs to come.

Last year, John was in his Adirondack home, avoiding the New York City Corona hotspot. But, due to both his wife and son contracting the virus, he was unable to come and purchase the chametz. That was the first time in 44 years that the sale of the chametz took place without John.

John passed away in February this year and will be missed by the Jewish community of Riverdale and beyond, whom he assisted annually on Pesach for more than 4 decades.