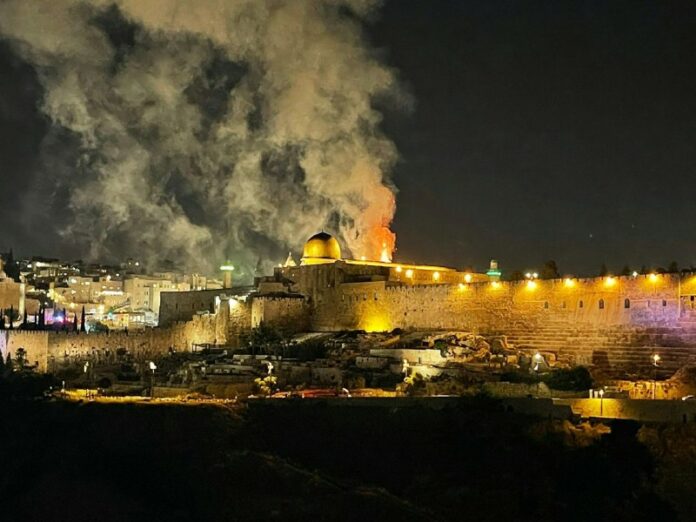 Dramatic video footage went viral on Monday night, showing a large fie on the Har Habayis – as thousands were celebrating Yom Yerushalayim at the Kosel.

Reports state that fireworks fired by Palestinians seem to have caught a large tree on fire.

Police say officers are on the scene and are working to extinguish the blaze.