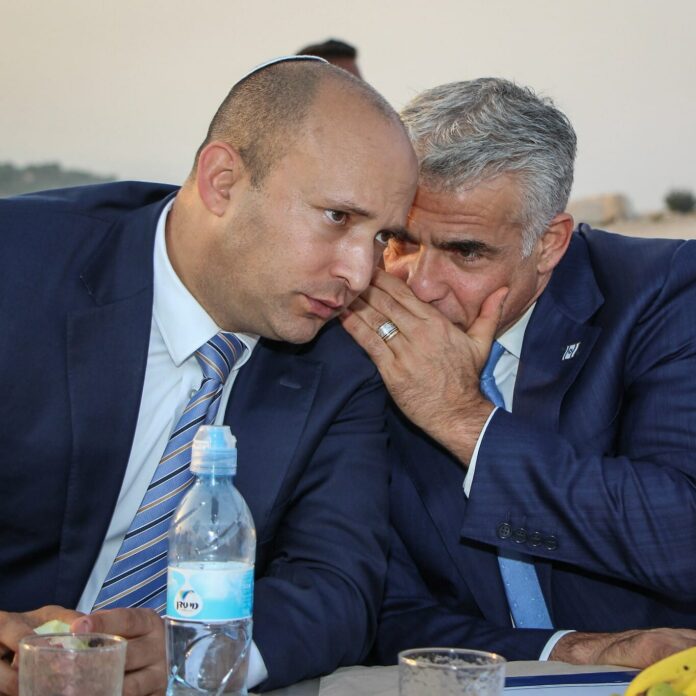 Yamina head Naftali Bennett officially announced Sunday that he will join Yesh Atid leader Yair Lapid in his efforts to form a government which if successful, will oust Prime Minister Benjamin Netanyahu.

The former defense minister lambasted Netanyahu for his failure to form a government after four election cycles in the past two years, saying that “Netanyahu never had a right-wing government, no one believes him anymore.”

The pair have until Wednesday to complete a deal in which they are expected to each serve two years as prime minister in a rotation deal.

“It’s my intention to do my utmost in order to form a national unity government along with my friend Yair Lapid, so that, God willing, together we can save the country from a tailspin and return Israel to its course,” Bennett said.

Netanyahu Sunday slammed Bennett accusing him of orchestrating the “scam of the century.”

“All that Bennett cared about was becoming prime minister,” Netanyahu said.