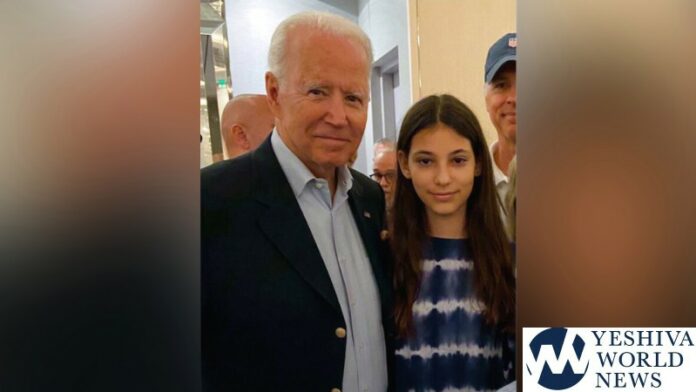 s it possible after all this time that there can still be a miracle in Surfside?

“I’d say hang on,” 12-year-old Elisheva Cohen said Tuesday. “We are going to try everything.”

That was before the heartbreaking news that the mission at the collapse site was changing Wednesday night from search and rescue to search and recovery. That doesn’t mean there can’t be a miracle, just that workers won’t be searching for signs of life.

Her father Brad Cohen remains missing. Her uncle Gary Cohen Z”L was found in the rubble. Both are doctors.

Elisheva captured the heart of the country and President Joe Biden when she was seen praying at the scene of the Champlain Towers South collapse.

Elisheva was spotted by Surfside Mayor Charles Burkett, who was so impressed by this child’s faith that he mentioned her at a news conference the following day.