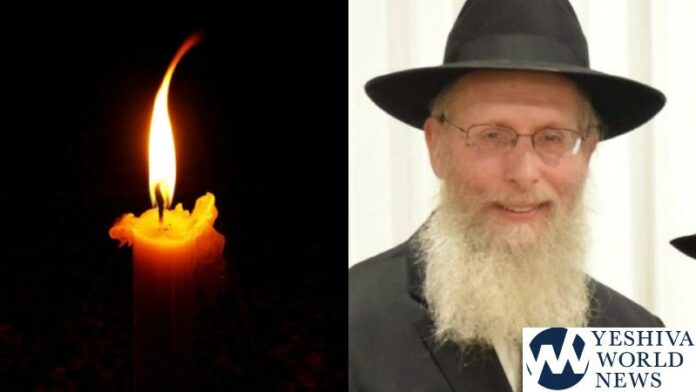 YWN regrets to inform you of the Petira of HaRav Mordechai Shmuel Moskowitz ZT’L. He was 67.

As YWN reported on the night of October 9th 2007, Rabbi Moskowitz was walking to Shul, when he was brutally beaten by a man with a baseball bat in an unprovoked attack on Princeton Avenue near 12th Street. He was seriously injured, and was hospitalized for some time. the Lakewood community which was much smaller at the time, was reeling in shock from the incident, and the entire community recited Tehillim for Rabbi Moskowitz. When he arrived back at Lakewood Cheder for the first time after the attack, the Yeshiva greeted him with singing and dancing.

Sadly, those same Talmidim are all shedding tears today upon the loss of their beloved Rebbe.

The Levaya will be held at 1:30PM at the Lakewood Cheder on Vasser Avenue. The Kevura will be in Lakewood. 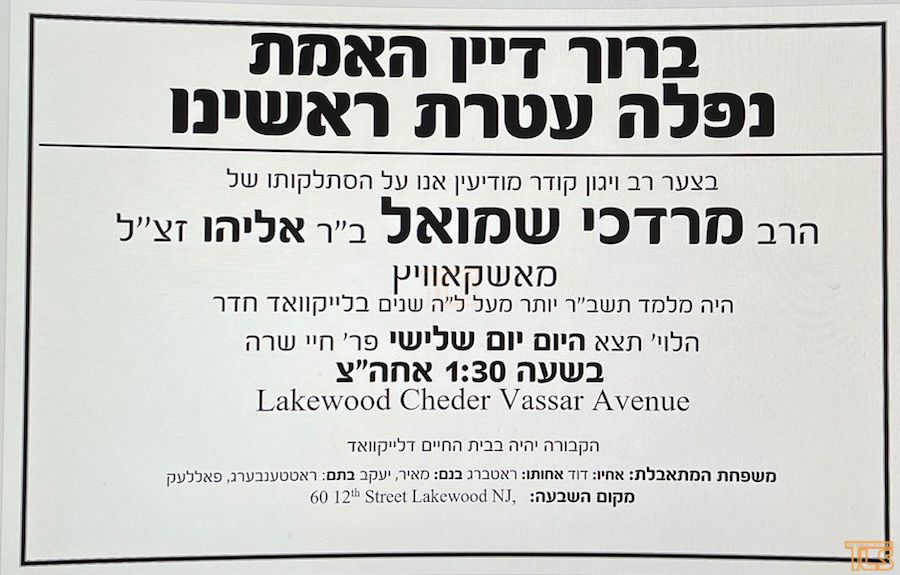