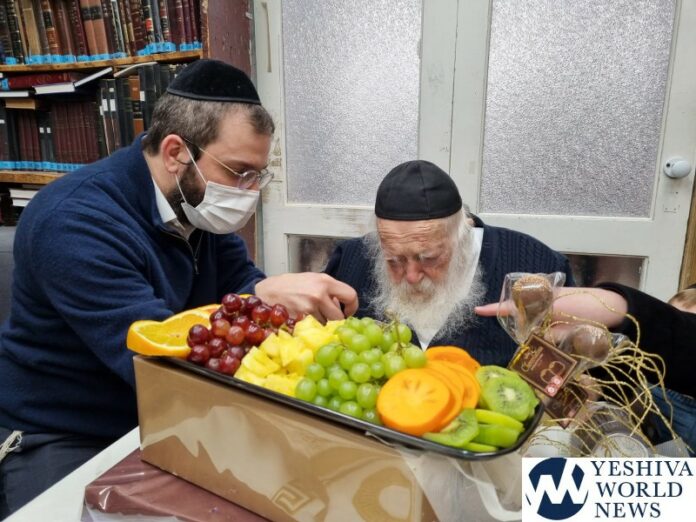 On Sunday evening, erev Tu B’Shvat, HaRav Chaim Kanievsky was visited by Rav Binyamin Krishner, who brought the gadol hador a platter of fruits for Rav Chaim to eat.

As he does each year on erev Tu B’Shvat, Rav Chaim eats some fruit in honor of Chag Ha’Ilanos, as is cited in the teachings of the Magen Avraham who says that it is customary to eat fruit on Tu B’Shevat. 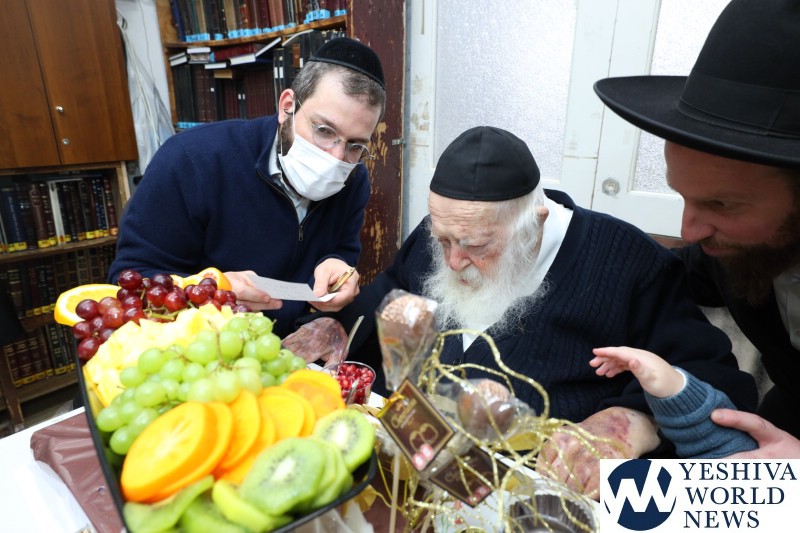 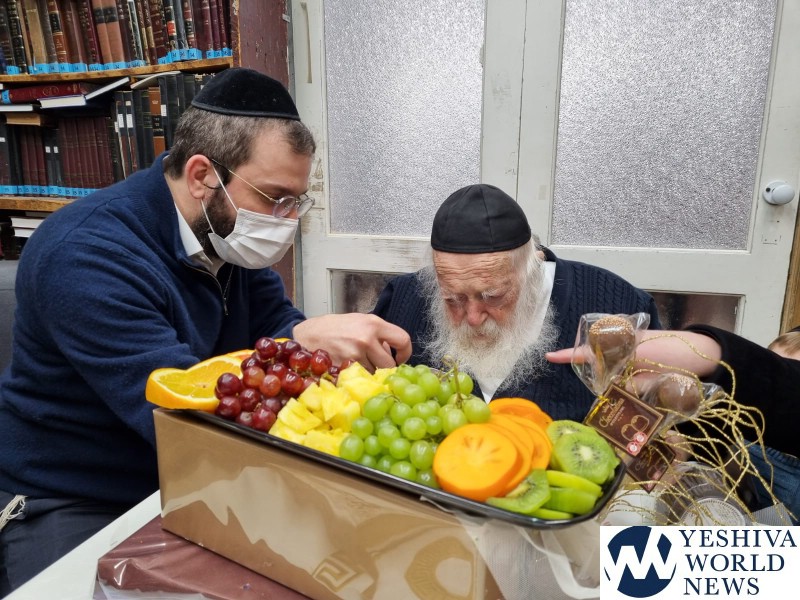 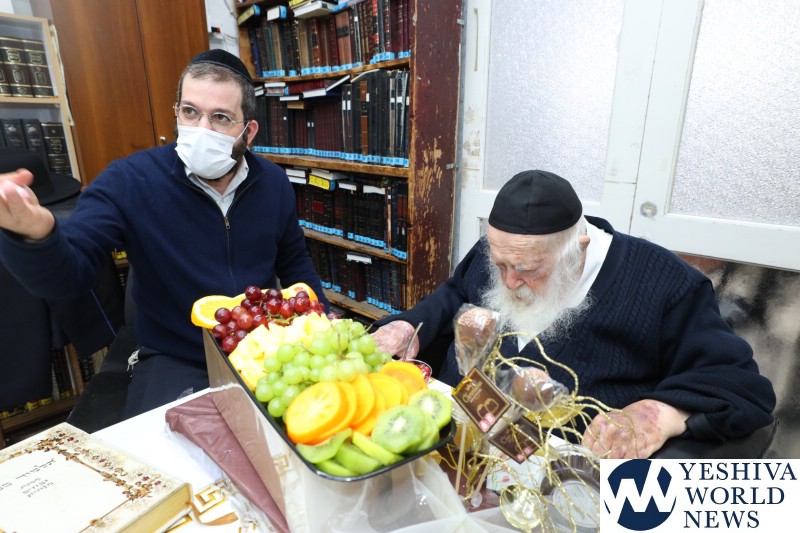 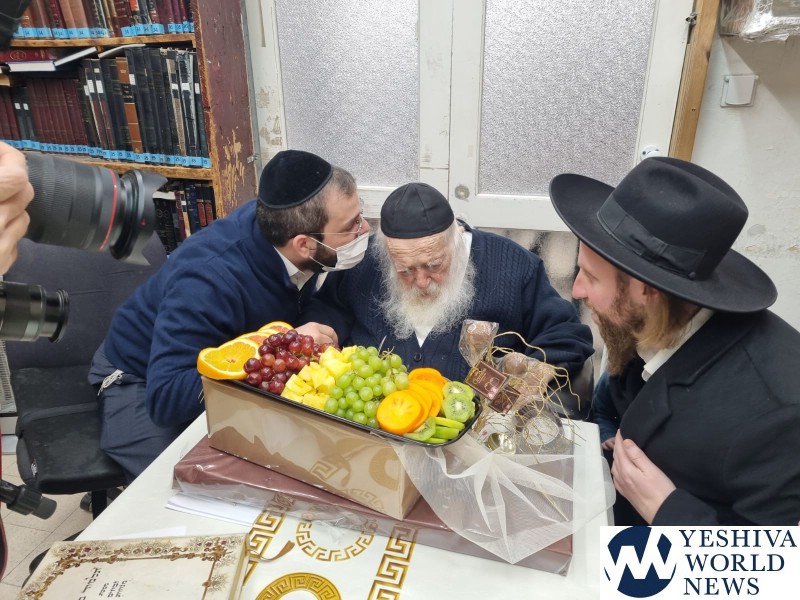 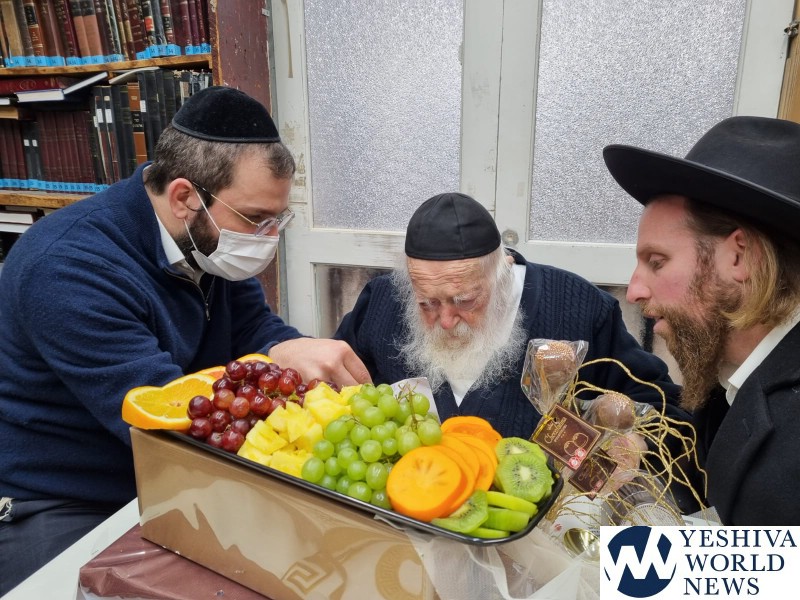