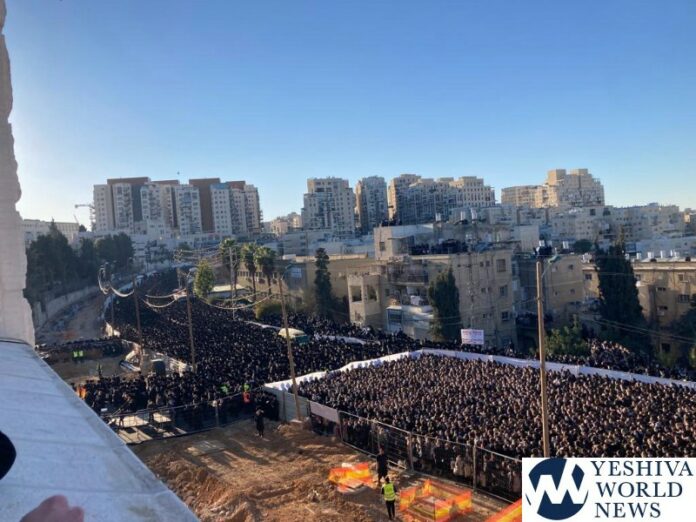 Thousands of Gerrer Chassidim attended the Chasunah of a grandson of the Gerrer Rebbe on Monday evening.

The Chupa was held in front of the Gerrer Bais Medrash on Yirmiyahu Street in Yerushalayim, and was attended by well over 10,000 Chassidim.