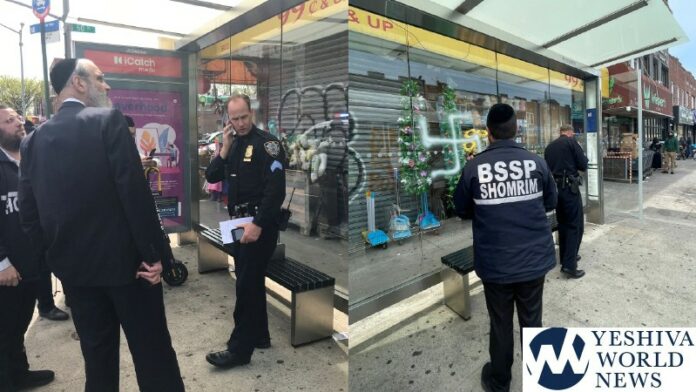 Security camera footage captured the female suspect at around 10:30am committing the hate crime. One of the swastikas were painted over an ad denouncing hate crimes.

Boro Park Shomrim, and NYPD Liaison Rabbi Yanky Meyer were on the scene, and the NYPD Hate Crimes Task Force was investigating the incident. 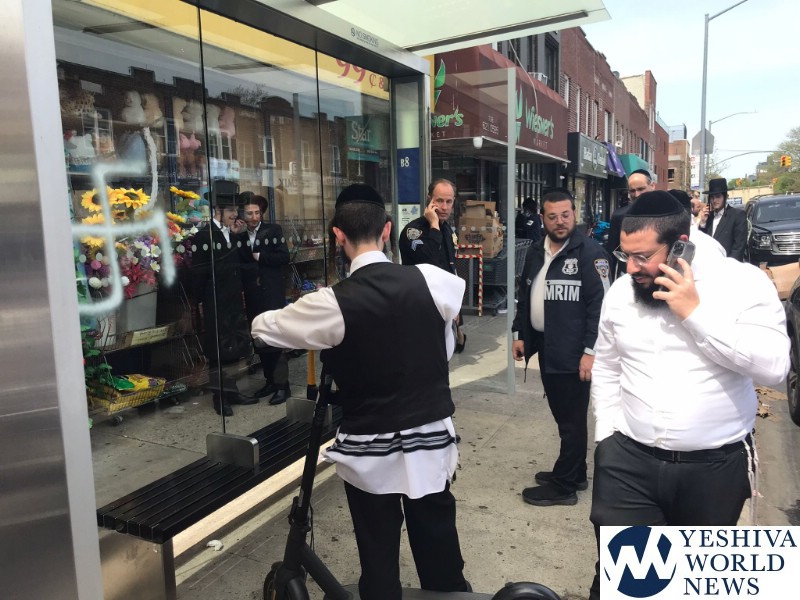 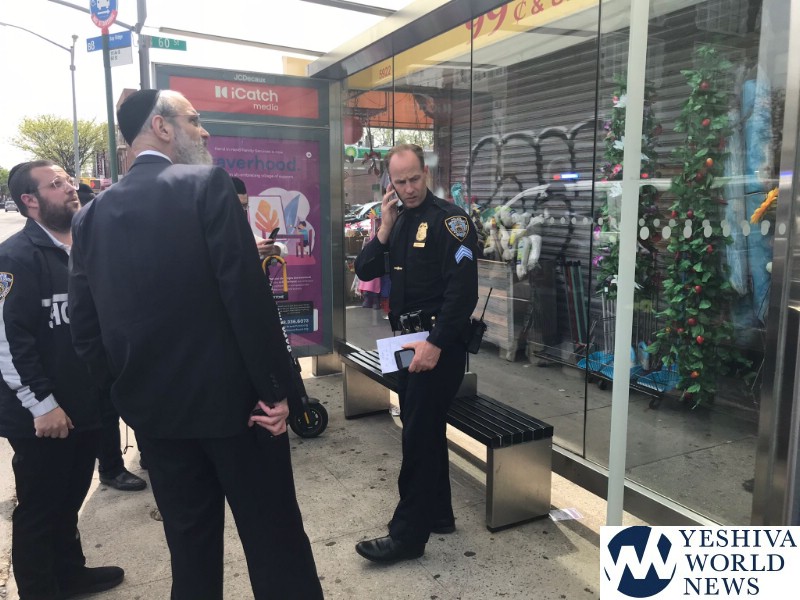 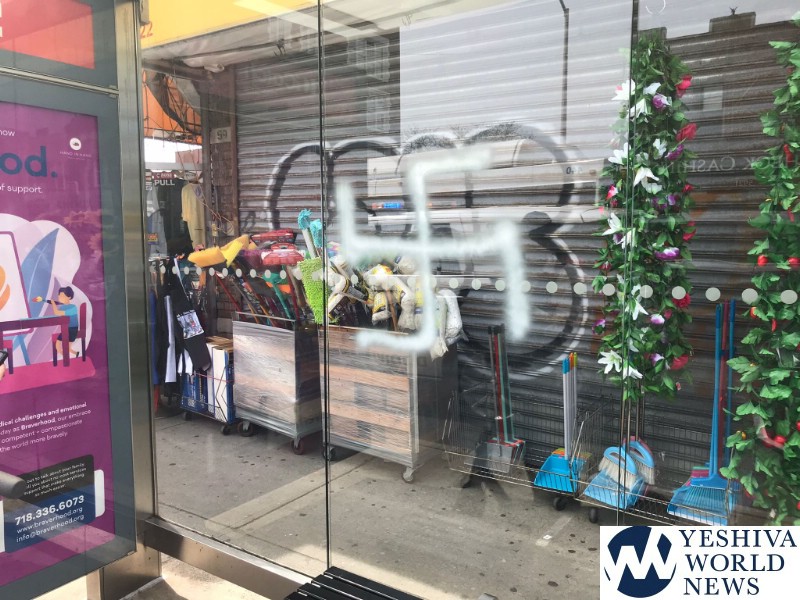 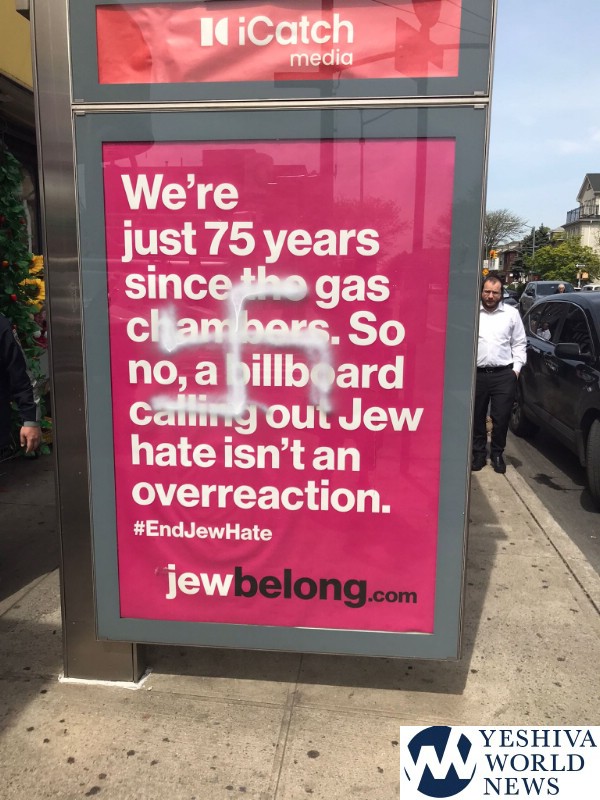 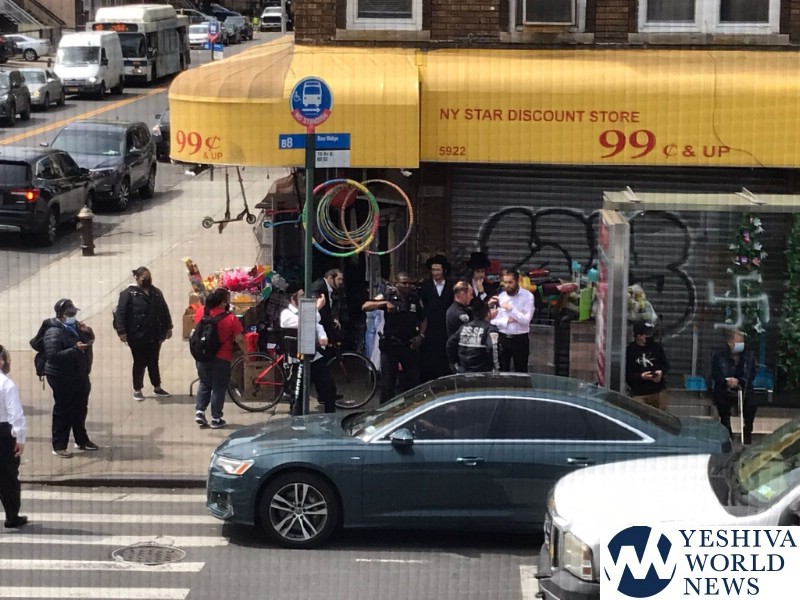 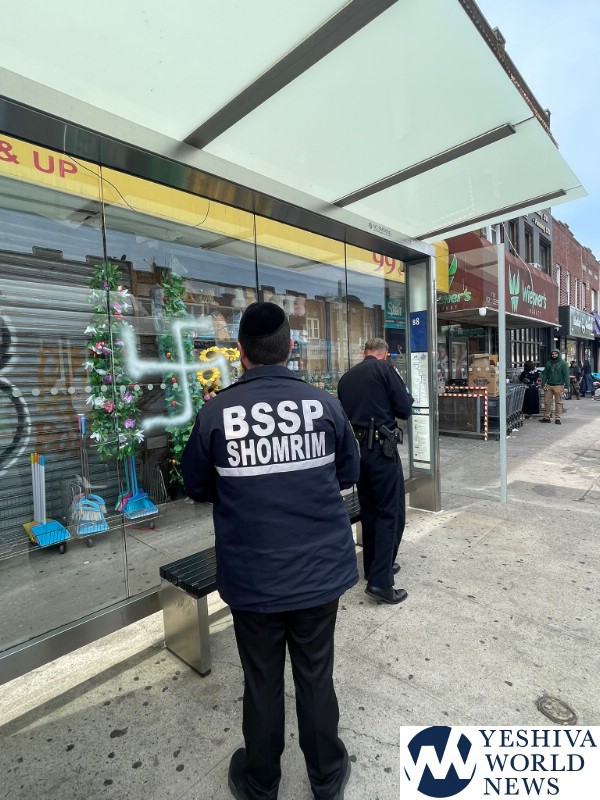