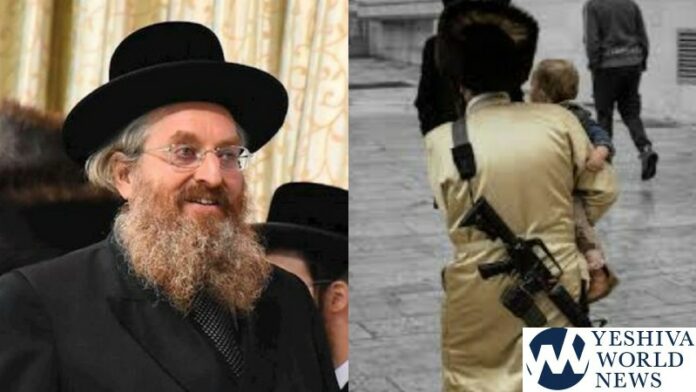 The Karlin-Stoliner Rebbe has put out a call for his chasidim to bring their guns to shul – on weekdays and on Shabbos.

The Rebbe’s directive comes amid a spate of deadly terror attacks in Israel, and shortly after the terror attack in Elad in which three people were murdered by axe-wielding terrorists. 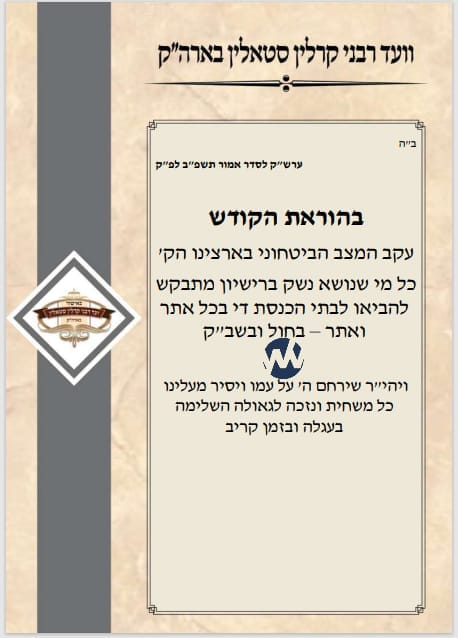