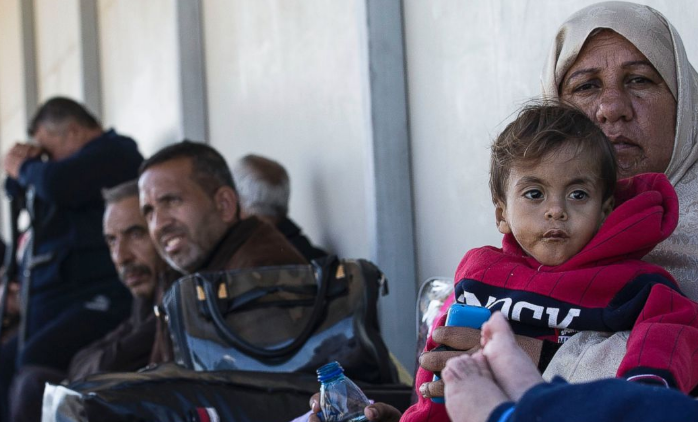 The United Nations and human rights groups have accused Gaza’s Hamas rulers of endangering their own people by closing the territory’s main crossing with Israel.

Hamas imposed the lockdown in the wake of the mysterious killing of a senior commander last week. It has accused Israel of being behind the killing.

Movement in and out of Gaza is already tightly restricted by Israel and Egypt, which have maintained a blockade on the seaside territory since the Hamas terror organization took power a decade ago.

Now, Hamas has further tightened movement with its rare closure of the Erez crossing — the main point for Gazans who need to enter Israel for medical care or to travel to the West Bank or Jordan.

Hamas has been on high alert since the body of Mazen Faqha, 38, was found with four gunshots at the entrance of his Gaza City home on Friday night. Faqha’s killers, who used a silencer and fled the scene before the body was discovered, remain at large.

After the killing, Hamas set up military-style checkpoints throughout Gaza, prevented fishermen from going out to sea and barred all residents and foreign aid workers from leaving the coastal strip. On Monday, it eased the closure to allow some patients and families of prisoners held by Israel to exit Gaza. But male patients between the ages of 15 and 45 are still barred.

The World Health Organization said Thursday that 79 patients have missed medical appointments, meaning they will have to reapply for hard-to-get travel permits from Israel. OCHA said international experts have been unable to enter Gaza, delaying much-needed aid projects, while local union officials say 4,000 fishermen have not set sail since Saturday.

Akram Attallah, a Gaza-based columnist, wrote that the closure of Gaza was “a collective punishment that the Palestinians should not be conducting.”

The Independent Commission for Human Rights, a Palestinian watchdog, called on Hamas to end the closure, while Gisha, an Israeli human rights group that usually battles the Israeli closure, strongly condemned Hamas’ restrictions.

“Security concerns do not give any actor free reign to violate human rights,” Gisha said. “Freedom of movement is a fundamental human right.”

Hamas’ Interior Ministry says the restrictions will remain in place until further notice. It has imposed a gag order barring publication of details into the investigation.

COGAT, the Israeli defense body that coordinates movement through the crossing, said the number of people passing through each day has dropped from over 1,000 to 230. It said Kerem Shalom, the main cargo crossing for deliveries into Gaza, has been operating as normal.

The agency accused Hamas, which is sworn to Israel’s destruction, of “causing a constant tension between the will to help the civilian Gaza residents and our duty to protect the citizens of Israel.”

Faqha, who was originally from the West Bank, was released by Israel along with more than 1,000 Palestinian prisoners in exchange for a captive Israeli soldier in 2011. He had been serving nine life sentences for his role in planning suicide bombings in Israel.

Israel has not commented on the killing.

Faqha’s father told The Associated Press that Israeli intelligence agents raided their West Bank home three times between 2014 and 2015 and threatened his son over the telephone.

Hamas said Faqha resumed his militant work after his release and was a senior leader of its military wing.