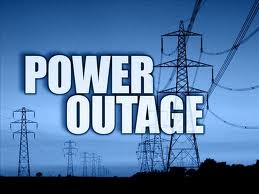 India suffered its second huge, crippling power failure in two days Tuesday, depriving as much as half of the vast country, or up to 600 million people, of electricity and disrupting transport networks for several hours.

The first power grid collapse, on Monday, was the country’s worst blackout in a decade. It affected seven states in northern India that are home to more than 350 million people.

But Tuesday’s failure was even larger, hitting eastern and northeastern areas as well. Both blackouts cut power in the Indian capital, New Delhi.

Power was largely restored as of 9:30 p.m. local time, several hours after the affected electricity grids collapsed, the Power Grid Corporation of India reported on its website.

New Delhi was back at 100%, as was the northeastern region, while the northern region that includes New Delhi had an 80% power supply, the corporation said.

But only 58% of the power supply had been restored in the eastern region, it said.

With about 1.2 billion people, India has the second-highest population of any country, behind China.

At least 300 trains were held up in the affected regions, said Anil Kumar Saxena, a spokesman for Indian Railways. New Delhi’s metro system, seen as a lifeline for commuters, also suffered delays before power was restored.

Miners in the Burdwan District of West Bengal state were hit by the blackout too.