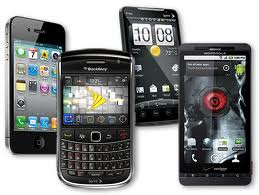 After completing the tender which resulted in the IDF changing from MIRS to Cellcom, the military’s officers beginning on August 1, 2012 will receive smart phones. The quality of the phone will be commensurate with one’s rank, with colonels and higher receiving iPhone 4s, Samsung Galaxy S2 and Galaxy S3 while majors and lt.-colonels receive a Sony Erikson W19a and junior officers other models. The IDF is the second largest cell contract in the country, following the deal signed for government workers, which includes 70,000 phones.

Cellcom set up special military customer service centers and the phones have been modified to comply with military specs for protecting information on board. A SIM card from another phone will not work in the modified IDF smart phones.

The military will be paying 5.9 agorot per minute for calls outside the system. Conversations between military phones are free of charge. Each person will be permitted to send 350 text messages monthly and additional messages will cost 34 agorot each. Each user is also entitled to a monthly internet usage of 120mb, as well as insurance and service for all phones. Once again, one’s rank determines just how much of the bill is picked up by the IDF and how much is paid for by the officer.