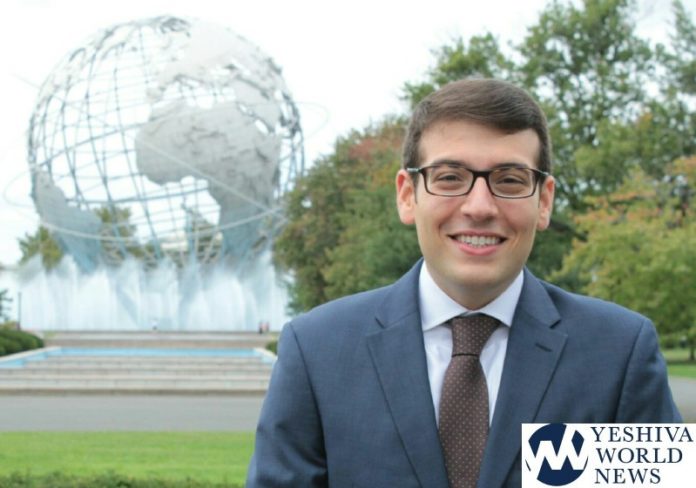 The Democratic Organization of Queens County has formally nominated Daniel Rosenthal to be the party’s standard bearer for the 27th Assembly District, to fill the vacancy created by the passing of Assemblyman Michael Simanowitz.

“Queens Democrats are thrilled to formally nominate Daniel Rosenthal to be our party’s candidate in the 27th Assembly District,” said Congressman Joe Crowley. “Daniel represents the best and the brightest in our party. He has a deep and unwavering passion for public service, and has spent years working in this community to improve the lives of its residents. I know Daniel will serve the people of the 27th Assembly District with the same dignity, honor and commitment that Mike Simanowitz did.”

“I am humbled to receive the endorsement of the Queens Democratic Party, and to be our nominee,” said Daniel Rosenthal. “Mike Simanowitz was a friend and mentor, who always put his constituents first. He was the epitome of a great public servant. His passing has left a huge void in our community and in the hearts of all those who knew and loved him.

“I am running to serve in the 27th Assembly District to continue the work that defined Mike Simanowitz’s public service: strong advocacy on the issues that matter to all our neighbors, dedicated constituent services, and a commitment to making our community a better place to live. I am excited at the prospect of representing our part of Queens in the State Assembly. In the weeks and months ahead, I look forward to meeting with families, community leaders, and local businesses to discuss how we can work together to build on Mike’s many achievements,” Rosenthal added.

Daniel Rosenthal lives in Kew Gardens Hills and serves as the District Director for Council Member Rory I. Lancman, whose district substantially overlaps much of the 27th Assembly District. In that capacity, Rosenthal has been the Council Member’s primary liaison with community groups, civic associations and nonprofit organizations, all while assisting constituents with problems and coordinating events and services.

Rosenthal has been on the front lines working to improve the quality of life in Briarwood, Electchester, Kew Gardens Hills, Pomonok and the surrounding neighborhoods. He helped organize opposition to bus lanes on Main Street, pushed the City’s Department of Design and Construction to finally complete the Kew Gardens Hills library, represented the district’s interests on the Flushing Meadows Corona Park Community Advisory Board, and helped secure increased sanitation services in Briarwood.