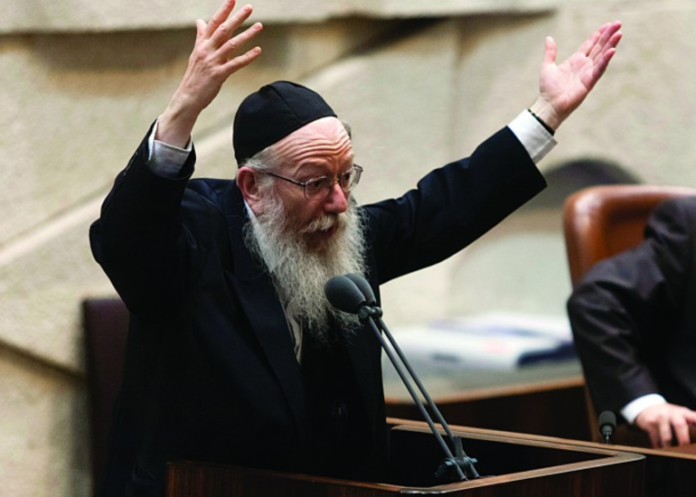 According to a Hamodia report, Litzman met with Welfare & Social Affairs Minister Chaim Katz to express the outrage of the community over the latest desecration of the holy days. According to Litzman, the work was done without obtaining the necessary permits, and while officials in Katz’s office were aware of this, they permitted the Chilul Shabbos nonetheless, despite lacking the permits. One of the possibilities is that officials in the construction company or railway believed the permits were automatically renewed, without bothering to make certain this was so.

The report states the heads of the chareidi parties in Knesset are demanding a investigation to determine who turned a blind eye and who is to be held responsible. If the chareidim have their way, the CEO of the railway or the construction company will be expected to accept responsibility – stepping down from their position.