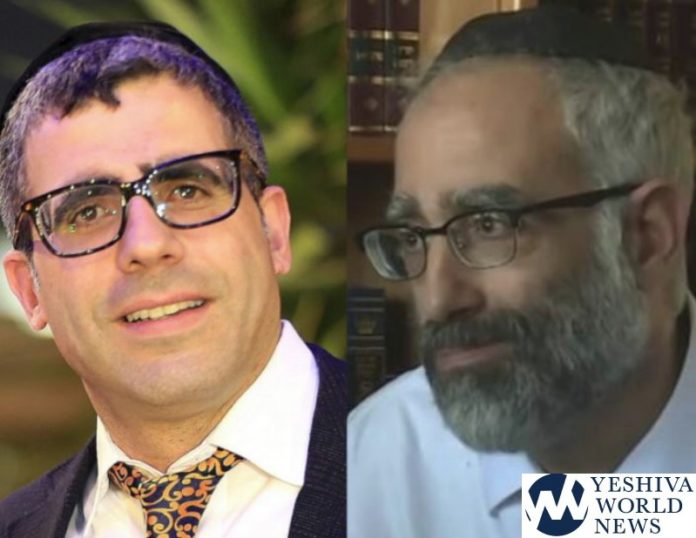 Gavriel Sasson, who just two and a half years ago suffered the loss of his seven children after a fire burnt down his family’s Brooklyn apartment on Friday night, wrote a letter published by Bichadrei Chareidim to the Azan family, who lost a mother and three children when a fire broke out in their apartment early Monday morning night due to an unattended Menorah.

“I mourn for you my brother Yosef,” writes Gavriel to the father of the Azan family. “The fire by my house also occurred on Rosh Chodesh. Rosh Chodesh Nissan. The day that the nessiem began bringing their sacrifices to consecrate the altar in the Mishkan. By you, the fire took place on Chanukah itself. We were part of the same community and our children learned in the same schools. Some of them were even friends in the same class, Sassoon writes in his letter on Bichadrei.

The nessiem consecrated the altar to make the Mishkan useable for its holy service. On Rosh Chodesh, God asked for sacrifices to be brought in order to atone for his diminishing of the moon. The Temple does not exist today. Therefore, God takes the righteous from among us in order to be an atonement.

Our families were worthy enough to fulfill the passuk of: “Among those who approach me I will be proved holy; in the sight of all the people I will be honored.” Not only were they close to God, but they also brought the rest of the nation closer to God.

Yosef, now you are no longer just one of the regular people… Now you must rise. This is the command of your life!! Without it, there is no way to cope with a pain so all-encompassing.

How do you rise? You must simply love. Accept with love the tribulations and suffering. Love Hashem. Love everyone in the whole nation of Israel and do whatever you can for them. In the power of that love, it is possible to overcome all of the feelings that will continually try to pull you down and silence you. Feel that you are really resting in Hashem’s embrace. Love is life.