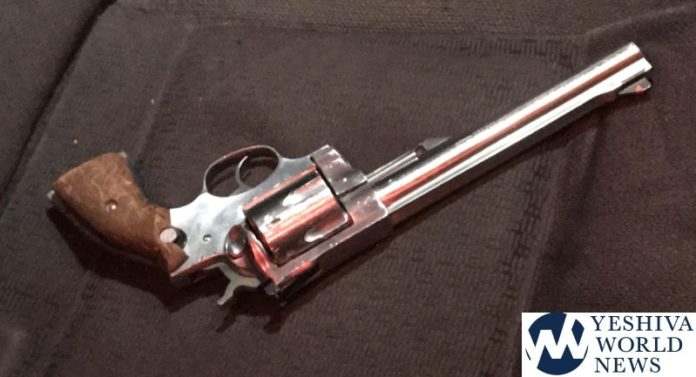 A robbery suspect was shot and killed by an off-duty police officer at a gas station in Brooklyn and another is on the run Tuesday morning.

The incident happened around 10:30 p.m. Monday on Remsen Avenue near Avenue D in Canarsie.

That NYPD officer was only there to get gas, he wasn’t on duty at the time.

Police said a station attendant was pumping gas into the officer’s personal vehicle when two suspects walked up, both armed with a gun.

One of the suspects went inside the station’s booth to rob the clerk while the other stayed outside and told the officer and the attendant not to move, police said.

As the two suspects began to leave, investigators said the officer identified himself as an officer and told them to stop.

Police say they turned around with guns in hand, the officer fired, and hit one of them in the torso.

That suspect was pronounced dead at Brookdale Hospital.

The suspect who was shot, later identified by police as 19-year-old William Simon, was rushed to Brookdale Hospital, where he was pronounced dead.

Police said a firearm was recovered from the scene. The search continued Tuesday morning for the second suspect.

The off-duty officer is 40 years old and works in the NYPD’s Intelligence Department.