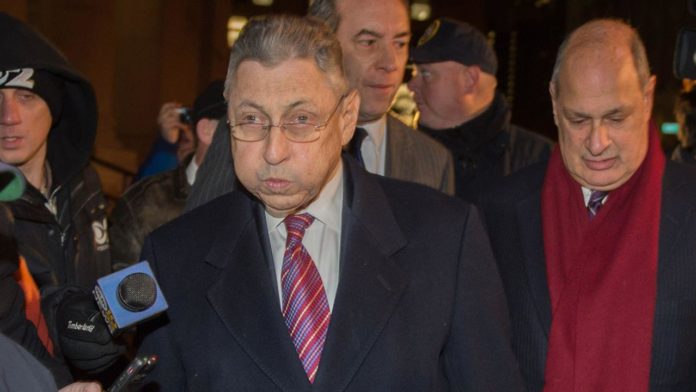 New York’s former assembly speaker returns to federal court Monday to listen as prosecutors accuse him for a second time of collecting $4 million in illegal kickbacks from a cancer researcher and real estate developers.

This will be the second criminal trial for Sheldon Silver, 74, a Democrat who was once among the most politically powerful people in the state.

His first, in 2015, ended with a guilty verdict and 12-year prison sentence. That conviction, however, was reversed last July, giving Silver a second chance to avoid possibly spending the rest of his life in prison.

The trial is likely to largely be a repeat of the last, tailored slightly to conform to a June 2016 U.S. Supreme Court ruling that narrowed the definition of a corrupt act.

The high-court decision reversing the bribery conviction of former Virginia Gov. Bob McDonnell affected public corruption prosecutions across the country and resulted in the reversal of the convictions of Silver and former New York Senate leader Dean Skelos, a Republican, at separate trials. A retrial of Skelos is scheduled for June.

Silver has insisted he is not guilty. A jury was chosen earlier this month to hear the retrial at a federal court in Manhattan.

Prosecutors say Silver, who led the Assembly for more than two decades, traded favors, earning $4 million before investing the proceeds to earn another $1 million.

He is among more than 30 New York lawmakers who have left office since 2000 after facing criminal or ethnical allegations. More than a dozen of them were convicted of charges including authorizing bribes to get on a ballot, diverting money meant for community programs into a campaign and skimming funds from contributions to a Little League baseball program.

Silver, a Manhattan resident, was first elected to the Assembly in 1976. As his power grew, he gained a reputation as a backroom dealer who controlled the fate of nearly every major piece of legislation. He was nicknamed “the Sphinx.”

Silver and Skelos were once among the so-called “three men in a room” who control state government.

The third man, Gov. Andrew Cuomo, a Democrat, once promised sweeping changes to New York’s anti-corruption laws but reforms have been slowed by political fights in the state’s legislative bodies.

Cuomo hasn’t avoided scandal either. In March, a federal jury convicted one of his former top aides, Joseph Percoco, of fraud and accepting bribes. Percoco could get up to 20 years in prison.