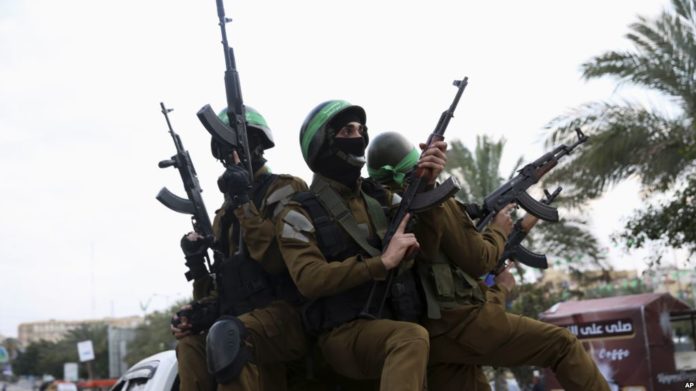 On Sunday evening, Hamas issued a statement strongly condemning the German parliament’s resolution that passed last week in honor of Israel’s 70th birthday. The resolution called for the international community to recognize Israel as a Jewish state and urged its own government in Berlin to confront any groups who oppose Israel’s existence.

The terror group rebuffed the resolution and attacked the German government for failing to criticize Israel’s alleged actions against the Palestinian people.

Germany’s Parliament, the Bundestag, passed a resolution on Thursday with an overwhelming majority, that contained a five-page resolution hailing the various aspects German-Israeli relations. Members of all parties, including two of the opposition lists, voted in favor of the text. The only faction that did not vote in favor of the resolution, was the far left faction which had abstained.

Hamas’s statement read: “At the time the Palestinians expected a strong support from the Federal Republic of Germany on the 70th anniversary of the Nakba, the Bundestag did not mention the seven-decade-long aggression of the Israeli occupation on our people, as well as it did not denounce the Israeli racist and fascist policies.”

The statement continued: “You, the Bundestag, described the Israeli occupation as a ‘state that embraces western European values.’ Are these values accept, for example, with the killing of dozens and wounding of thousands of peaceful demonstrators, most of them are children, who to demand their right to a decent life and return to their homes?”

“Your resolution destabilizes the region and the world,” Hamas said.

The statement demanded that the German government annul the resolution and went so far as to add that: “Europe, and foremost Germany, is a major cause decades of suffering,” of the Palestinian people.