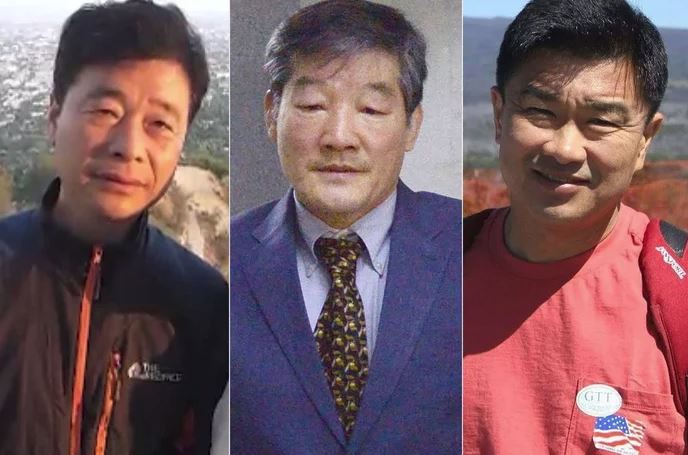 U.S. Secretary of State Mike Pompeo has left North Korea with three American detainees who were released ahead of an upcoming meeting between President Donald Trump and North Korean leader Kim Jong Un, the U.S. president said in a tweet Wednesday.

Here’s look at the three Americans, who were held by North Korea for alleged subversion, espionage and other unspecified hostile acts:

Kim, a South Korean-born U.S. citizen, is the longest-serving detainee among the three.

According to North Korea’s state media, Kim, 64, ran a company in the North’s northeastern Rason special economic zone before his arrest on Oct. 2, 2015. He received a 10-year prison term with hard labor in April 2016 for allegedly “perpetrating state subversive plots and espionage against” North Korea.

Before his sentencing, the former Virginia resident publicly apologized for slandering North Korea’s leadership, collecting and passing confidential information to South Korea, and joining a smear campaign against the North’s human rights situation. Other foreigners have been presented at news conferences in North Korea and admitted crimes against the North, but many said after they were released that their confessions were given involuntarily and under duress.

Tony Kim, who also goes by the Korean name Kim Sang-duk, was detained on April 22, 2017, at the Pyongyang airport for committing “criminal acts of hostility aimed to overturn” North Korea, according to the North’s Korean Central News Agency. It didn’t say what specific criminal acts Kim was alleged to have committed.

Kim taught accounting at the Pyongyang University of Science and Technology, which has been the only privately funded college in North Korea since its founding in 2010 with donations from Christian groups.

The school said Kim’s detention had nothing to do with his work at the university.

He previously taught Korean at Yanbian University of Science and Technology in Yanji, China, not far from the North Korea border. Kim graduated from the University of California, Riverside, with a master’s degree in business administration in 1990.

He made at least seven trips to North Korea to teach. His wife accompanied him on the visit when he was arrested. She was allowed to leave the country.

Kim worked in agricultural development at an experimental farm run by the Pyongyang University of Science and Technology. He was detained on May 6, 2017, for engaging in unspecified “hostile acts” against North Korea, KCNA reported. It didn’t say whether his case was related to Tony Kim’s.

The university also said his detention wasn’t related to his work at the school.

It wasn’t known whether Tony Kim and Kim Hak Song were formally convicted and sentenced.