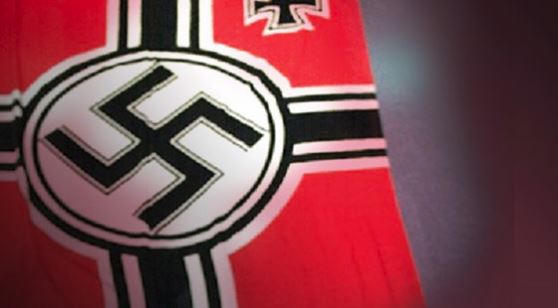 The mayor of a town near Pittsburgh says a man’s decision to hang a large flag with a swastika on his front porch is nothing but “pure hatred,” yet nothing can be done about it.

The man wouldn’t talk to reporters who approached his house in West Mifflin this week to ask him why he put the flag out. He also wouldn’t identify himself.

The large red flag with a black swastika joined a Confederate flag already flying over his front lawn.

Neighbors aren’t sure what his intentions are. One plans to counter his message with rainbow and coexist flags.

Mayor Chris Kelly told the Pittsburgh Post-Gazette on Wednesday the town has to tolerate it “because of our liberal freedoms” but says “it’s nothing but pure hatred.”

He says “we can’t regulate stupidity and hatred.”