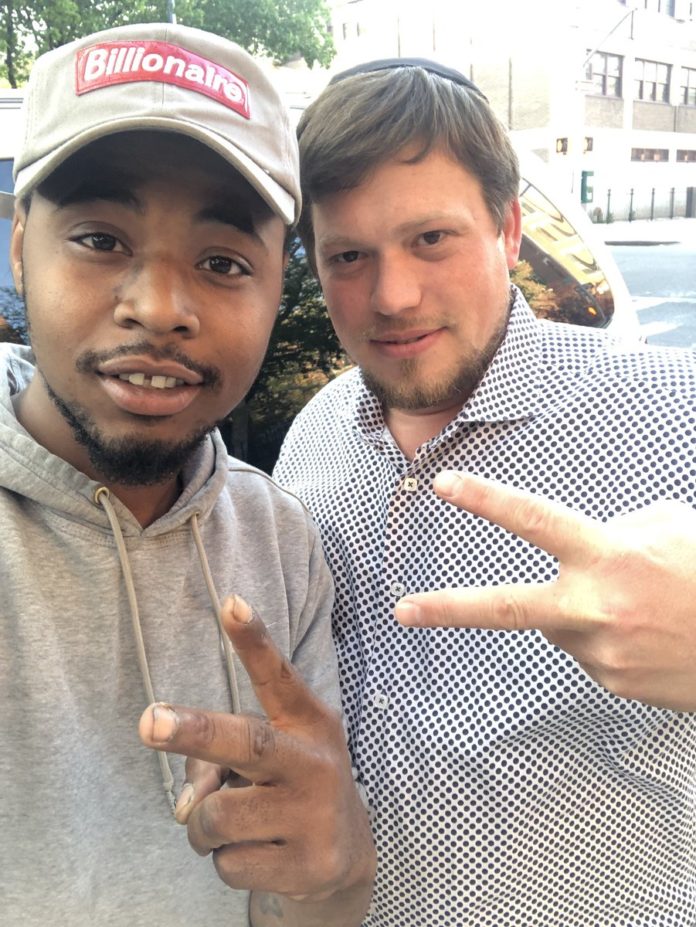 Social media user Quai James, who went viral this week after sharing a video mocking a young Chasidic Jewish boy’s haircut, was in Brooklyn on Wednesday to apologize in person to the community he offended.

James had already apologized on Tuesday, in a video posted to twitter that has almost 500,000 views.

On Wednesday, James posted a photo of himself posing with a Jewish man in Brooklyn. James said the man had recognized him from his previous videos. The unidentified individual immediately invited James for dinner, indicating he felt James’ apology was sincere.

So this just happened 🙏🏽 today after work i went back to the Jewish community to seek forgiveness from those who have been affected & as soon as i started talking this man instantly realized who i was from the media & Asked to take a photo also invited me back for a dinner🙏🏽 pic.twitter.com/eNGutGT5Vb

In his apology video, James said the original video was just a failed attempt at humor.

“That was just me being really immature. That was one of the most immature videos I probably every recorded,” he said. “It’s making me seem like somebody I’m not – I’m not that type of person, I’m not disrespectful…. It’s my fault that I didn’t think of this while I was doing it, before I even did it – I should have been more considerate.”

James said the entire experience was a big wake-up call.

“It was a big mistake,” he said. “I allow social media to turn me into a person I’m not.”

Good afternoon to everyone watching .. I’m truly sorry for my actions .. @FonrougeGab pic.twitter.com/HaO4cwGaWN

New York City Councilman Kalman Yeger was among the people who felt James’ apology was sincere. “Mr. James, you are what we would call a mentsch,” tweeted Yeger.

Mr. James, you are what we would call a mentsch. You accepted, and you’ve repented. Hindsight is always 20-20. Glad you were able to realize that. Thank you for your words; they are truly meaningful. Any time you want to walk the streets of my neighborhood with me, I’m happy to.

You have me convinced. As someone who retweeted your video and criticized you for it, wanting to defend that little Jewish boy, I accept your apology. It’s heartfelt and genuine. A lot of people can learn from your example. I wish you success and happiness. https://t.co/UGXUZNCqny

So this just happened 🙏🏽 I Just wanna thank @AndrewRamosTV For Taking the time out to hear my side of the story 🙏🏽 & Thanks @JohnMullerTV for airing my story 🤟🏾💯 pic.twitter.com/o98TnvrVzl