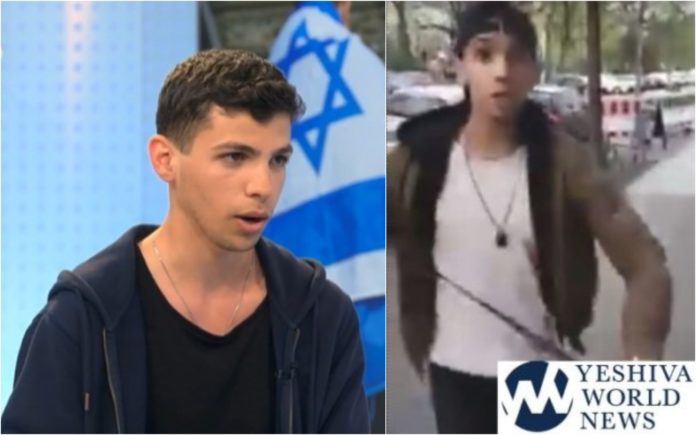 A 19-year-old Syrian man has been charged in an assault in Berlin last month on an Israeli wearing a skullcap.

Berlin prosecutors said Friday that the suspect, identified only as Knaan Al S. because of German privacy rules, was charged with bodily harm and slander.

The victim, an Arab Israeli, caught the April 17 assault in a video showing the attacker whipping him with a belt while shouting “Yehudi!” – Arabic for “Jew.”

The incident fueled concerns about anti-Semitism in Germany and drew condemnation from Chancellor Angela Merkel. The suspect turned himself in to police two days later.

The victim has said he’s not Jewish but wore the skullcap as an experiment because he didn’t believe a friend who told him it was too dangerous to wear one in public in Germany.