England’s Queen Elizabeth II has made a Jewish World War II veteran an MBE (Member of the Order of the British Empire).

Lt. Col Cohen is the most senior Jewish officer who served in the war still alive, and plays an active and pivotal part in educating people.

Following the ceremony he said: “I am honoured and delighted that Her Majesty has been able to confer this personally on me.”

The former officer spends a large amount of his time touring schools, places of worship and other forums where he can speak of his experience.

Lt Col Cohen has been extensively involved with the Association of Jewish Ex-Servicemen and Women, being National Chairman and later Vice President.

In addition to this, he was Honorary Life President of the Sunderland Jewish community and was a Deputy Lieutenant in Tyne and Wear from 1986 to 1990.

He qualified as a solicitor aged 21, and set up his own practice shortly before war broke out.

Lt Col Cohen joined the Army after hearing stories of Nazi persecution from Jewish children who arrived in Sunderland from the Kindertransport.

He served in Burma, where he commanded Nigerian volunteers as part of an anti-aircraft unit defending RAF air strips and, during his service, survived being struck down with both malaria and hepatitis.

In 2016 he was awarded an Honorary Fellowship from Sunderland University in recognition of the his military career and his long standing association with the city.

101 year old Lieutenant Colonel Mordaunt Cohen receives his #MBE from The Queen for his services to Second World War Education.

Lt Col Cohen has spent his adult life teaching in schools across the country about the history & legacy of WW2. pic.twitter.com/iytt0OjZDM 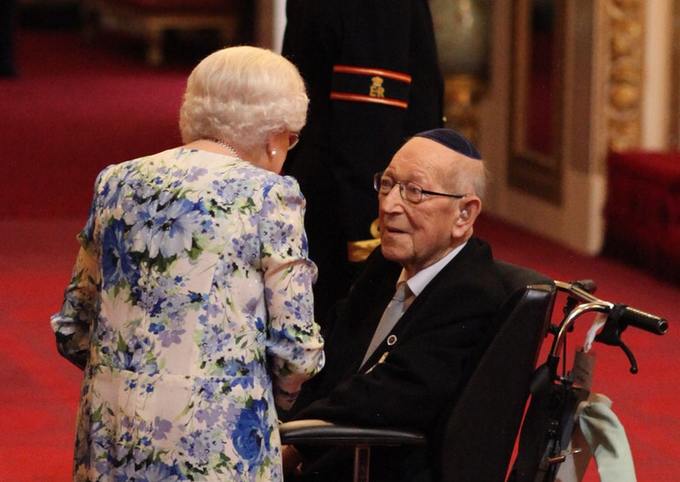 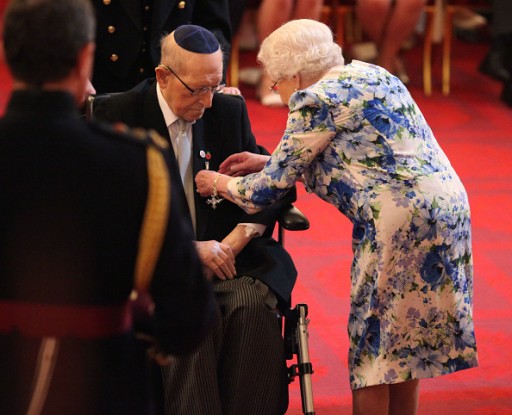