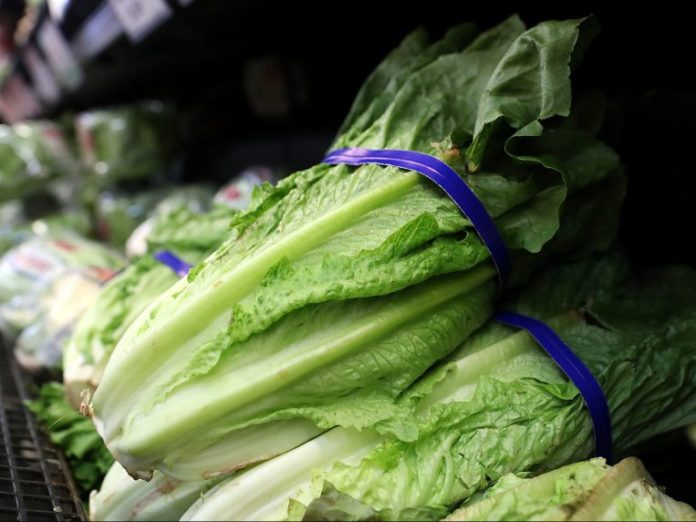 About 200 people were sickened in the E. coli outbreak and five people died. The outbreak, which started in the spring, is now over, the Centers for Disease Control and Prevention said.

The illnesses in 36 states were previously traced to romaine lettuce grown in Yuma, Arizona, which provides most of the romaine sold in the U.S. during the winter.

On Thursday, officials said the outbreak strain of E. coli bacteria was found in an irrigation canal in the Yuma area. They are still investigating how the bacteria got into the canal and whether there was contamination elsewhere. They declined to give details about the canal, including its location, until a report can be completed.

“More work needs to be done to determine just how and why this strain of E. coli O157:H7 could have gotten into this body of water and how that led to contamination of romaine lettuce from multiple farms,” said Dr. Scott Gottlieb, commissioner of the U.S. Food and Drug Administration, in a statement.

Earlier, officials tied eight illnesses at a jail in Alaska to whole head romaine lettuce grown at Harrison Farms in Yuma. But they were unable to find a single farm or packaging or distribution site that could clearly be fingered as the source of contamination for the other cases.

The outbreak was the nation’s largest E. coli food poisoning outbreak in more than a decade. Most of the people got sick in March and April, but new illnesses were reported as recently as early this month. Some of those who got sick didn’t eat romaine lettuce but had been in close contact with someone who did.

The last large E. coli outbreak like this involved spinach grown in California in 2006. Officials suspect cattle contaminated a nearby stream, and wild pigs roaming the area spread it to fields.