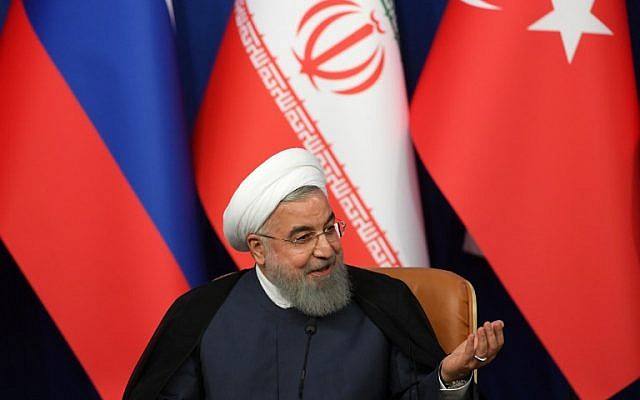 President Hassan Rouhani says Iran routinely receives invitations from the U.S. for talks even as the country is pressured by the U.S. in the form of sanctions.

Rouhani said Saturday in a speech broadcast on state TV: “Every day they send us messages in various ways saying let’s talk.”

Rouhani says Iranians will not surrender to the U.S.’s “economic war” on Iran, a reference to renewed sanctions resulting from the U.S. pulling out of the 2015 nuclear deal between Iran and Western powers in May. Iran’s rial value has been sharply falling since then.