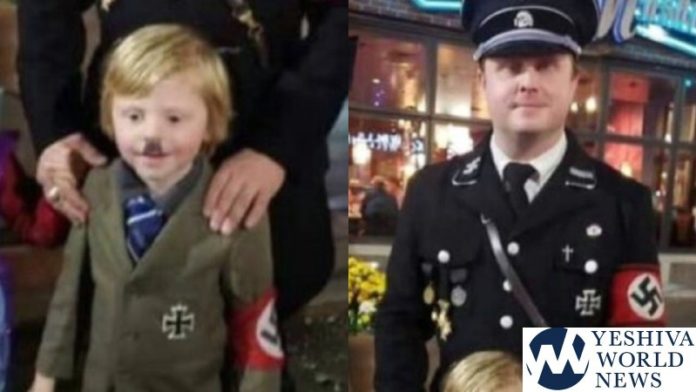 A man attending a a Halloween celebration in Owensboro, Kentucky on Thursday took a costume to a new level of hate – and can’t understand why he is being attacked now.

A man by the name of Bryant Goldbach dressed himself as a Nazi solder and his 5-year-old as Adolf Hitler YM”S before going to a Halloween event Thursday evening.

Golbach then posted the photo of himself on facebook, which immediately went viral. His personal page was flooded with negative comments.

Goldbach then posted on Facebook, “That’s right. Tonight grown adults threatened a child over his costume. Threatened his mom and dad as well. Threatened to rip his outfit off of him screaming obscenities, scaring a small child. First off, its none of your business. Second, how dare you! I mean How dare you threaten a child. Me, its one thing, but my child? You are messing with fire.” 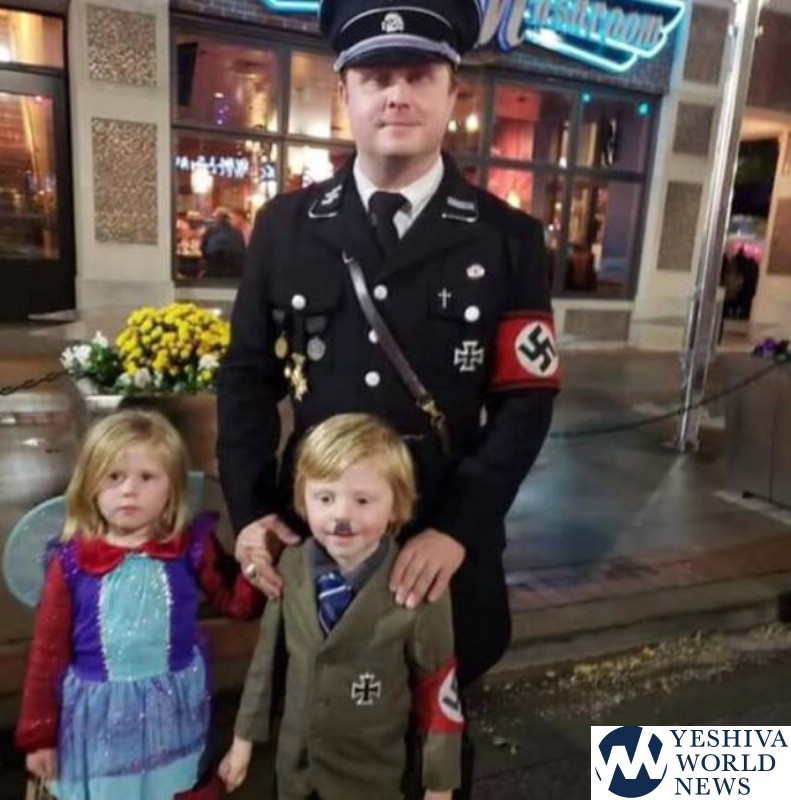 Goldbach later apologized, saying it was a poor decision on his part and that his intention was simply to “portray historical figures”.

Goldbach said he “loves history and often portrays historical figures”. Last Halloween he was a Confederate soldier and the year before that a Catholic priest.

When his son asked to match his costume this year, Goldbach said he “didn’t think it through.” History plays a big part of his family’s life, said Goldbach. 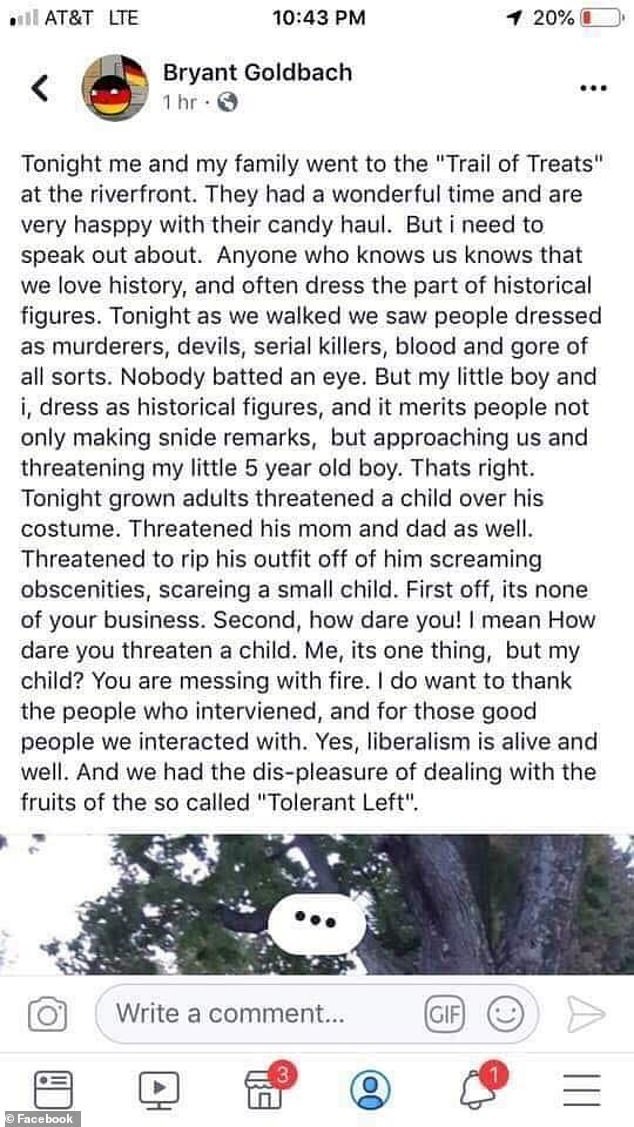 Goldbach said that he is not a racist and believes white supremacy to be “disgusting.”

“My brother is half-Iranian,” Goldbach said. “I have black friends. My last name is Jewish.”

Because Halloween costumes portray “blood, gore and villains,” Goldbach said he did not think portraying a historical villain would be any different.

“I now understand what that costume means to other people,” Goldbach said.