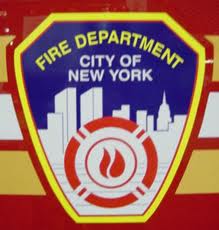 The son of New York City’s fire commissioner resigned from the FDNY shortly after he apologized for posting offensive messages on Twitter, the mayor said Monday.

Joseph Cassano, 23, was employed as an EMT with the fire department.

As YWN reported earlier, he tweeted a slew of derogatory statements about Jews, blacks and the poor.

Following his resignation, the following statement was given to YWN by his father, FDNY Commissioner Cassano:

“I am extremely disappointed in the comments posted online by my son Joseph, which do not reflect the values – including a respect for all people – that are held by me, my family and the FDNY. I have worked hard for many years, as have so many people in the agency, to make the FDNY more diverse and inclusive. There is no place – and I have no tolerance – for statements that would harm the good reputation we enjoy due to our honorable service to all New Yorkers.

“As a parent, this is very painful for me, but I believe my son has made the right decision. I love him very much and, with the support and love of our entire family, we will get through this together.”