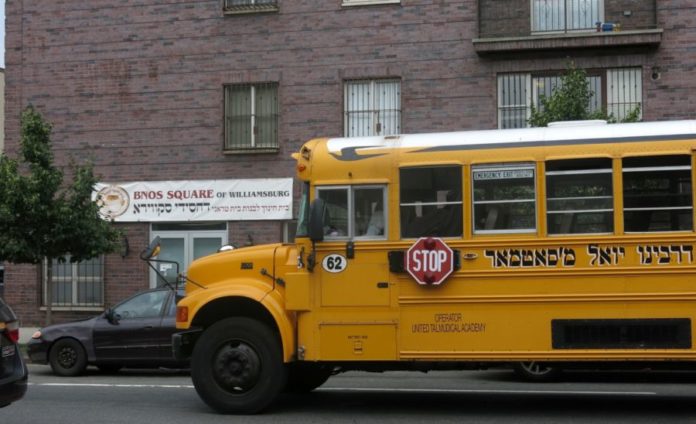 Albany – Today, the NYS Education Department released guidelines about the substantial equivalency of instructions that nonpublic schools are required to provide.

The new instructions, accompanied by tool kits and checklists, leaves very little flexibility for what yeshiva elementary schools can teach. For grades 1-4, it mandates instructions in 7 subjects at an attainment level similar to state standards for public schools. For grades 5-8, it requires 11 subjects, with strict time requirements for most of these subjects. Adding up all of the subjects and time requirements, a yeshiva will have to devote more than six hours every day, five days a week to secular studies.

The new guidelines state that if a school is found to be non-equivalent, parents will be given 30-45 days to transfer their children to a different school. After 30-45 days, the school will be defunded and the parents will be in violation of the truancy laws. 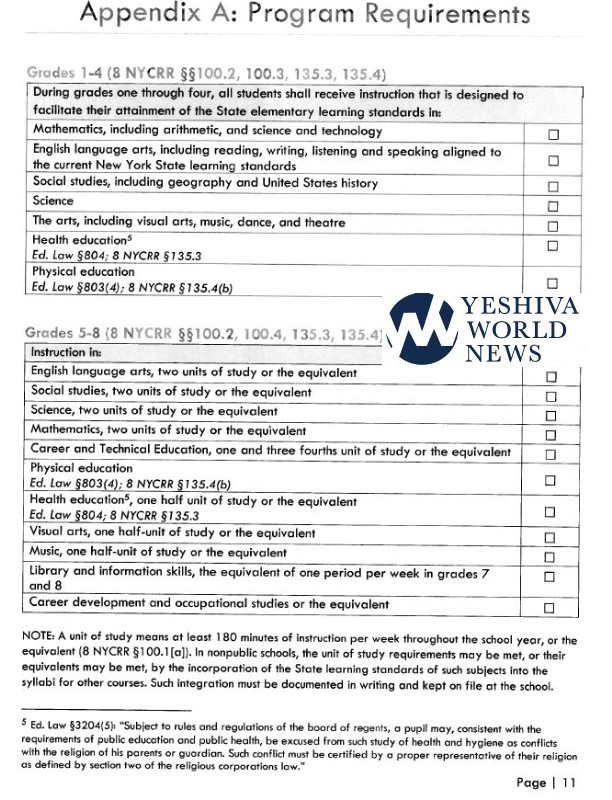 The State Education Department seems to have realized that it makes no sense to require Yeshivas to devote so many hours to secular studies, and so it included a footnote that says that for religious schools, some of their requirements “may be met by the incorporation of the State learning standards of such subjects into the syllabi for other courses. Such integration must be documented in writing and kept on file at the school.”

Does that mean that yeshivas will now depend on the whims of bureaucrats in school districts all across New York State to understand the benefits and skills derived from limudei kodesh?

A few years ago, a different New York City leader attempted to force us to tamper with our mesorah by attempting to regulate bris milah. The frum community got together, and the Agudah, Satmar, Chabad and numerous mohelim sued to block the government intrusion into our core religious practices. In its decision in favor of the lawsuit, the court observed that the City appeared to be biased against religious practice, because it regulated bris milah but ignored other instances where there were supposedly public health concerns. That lead the court to conclude that what bothered the City was frum practice, not public health.

With the City and State attempting to intrude on our yeshiva system, perhaps it is time to point out that the educational system we are supposed to be substantially equivalent to – the public school system – is a failure and has been a failure for decades.

That raises the same question the court asked the City about bris milah – are you really concerned about education, or are you just bothered by religious education.

All those who care about our yeshivas should demand an answer to that question.