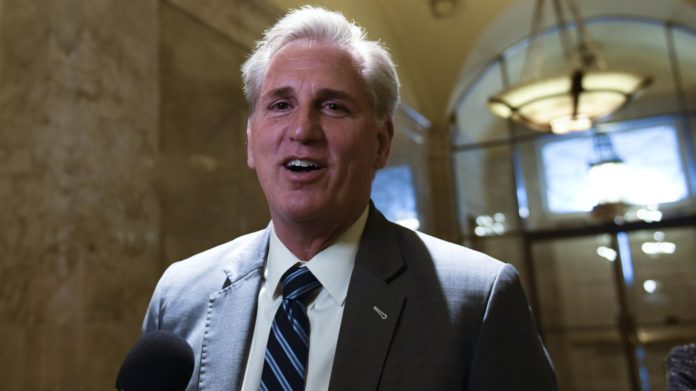 House Majority Leader Kevin McCarthy says a looming government shutdown would be “stupid” but might be unavoidable if Democrats refuse to support President Donald Trump’s proposed border wall with Mexico.

The California Republican said Thursday that even if House Republicans cobble together enough votes to approve the wall, the plan is likely to fail in the Senate. Democrats in that chamber have vowed to block it from receiving the necessary 60 votes.

McCarthy said he thinks “going into a shutdown is stupid,” but he offered no immediate plan ahead of a Dec. 21 deadline. The House adjourned for six days after his remarks.

McCarthy’s comments put him at odds with Trump, who said this week he’d be “proud to shut down the government” in the name of border security.