The FBI has charged the Williamsburg man arrested last week with assisting the Lev Tahor cult in kidnapping two children from their family in upstate New York, and conspiring to transport them to Mexico.

“He’s the ambassador of Lev Tahor to the US,” a community source said of Aaron Rosner, as reported by The NY Post.

Aaron is being charged in connection with the kidnapping of 14-year-old Yante Teller and her 12-year old brother Chaim Teller. YWN previously reported that the siblings were kidnapped on a Shabbos morning (December 8, 2018) in the town of Woodridge. The teens were last seen getting into a vehicle in front of the home at around 2:56AM, and then driving away.

In the indictment, the FBI says that Rosner “unlawfully seized, confined, inveigled, decoyed, kidnapped, abducted and carried away and held for ransom and reward and otherwise, a person when the person was willfully transported in interstate and foreign commerce…. Aron Rosner participated in a scheme to kidnap two victims in Woodridge, New York and unlawfully transport the victims to Mexico”.

The FBI agent leading the investigation notes he has learned that “Lev Tahor is a group comprised of ultra-Orthodox Jews mostly living in Guatemala. I have further reviewed news reports indicating that children in Lev Tahor are often subject to sexual, physical or emotional abuse.”

The indictment discusses previous YWN reporting, involving the children’s mother escaping the cult and travelling to the United States, where she was later reunited with her children. She was granted full custody of the children on December 13.

[At the time that YWN published the first report that the children had been kidnapped ON SHABBOS, many doubted YWN and called the story “fake news”. YWN apologizes for our earlier error in reporting that the children were kidnapped in a vehicle at 3:32AM, as the FBI has now confirmed it was in fact at 2:56AM on Shabbos morning. Our apologies.]

The indictment states that the kidnapped children left the country through an airport located near Scranton, Pennsylvania. They were accompanied by an unnamed man, and traveled to Mexico City.

The children and their chaperone were disguised in odd clothing confirmed to have been purchased just days before, including some with “superman logos” on it. The clothing was purchased in Seacaus, New Jersey by two men wearing traditional Hasidic garb.

The indictment states that Aaron Rosner arranged for 7 wire transfers to contacts in Mexico throughout December, totaling $3550. He is known to have arranged conference calls among Lev Tahor leaders involved in the kidnapping plot. They discussed the purchase of flights, bus tickets, credit cards and food, as well as hotel rooms in Mexico.

Rosner also participated in a discussion about obtaining passports after having overstayed in Mexico “by putting money into the passport before handing it over to the person at customs and asking them to backdate it for you”.

YWN has learned that Aaron Rosner has been denied bail. He is also believed to have driven the vehicle transporting the kidnapped children from Woodridge to the airport in Scranton, on Shabbos R”L.

Additionally, YWN has learned that several of the co-conspirators mentioned in the indictment – Hasidic Jews from New York – may be cooperating with the investigation. 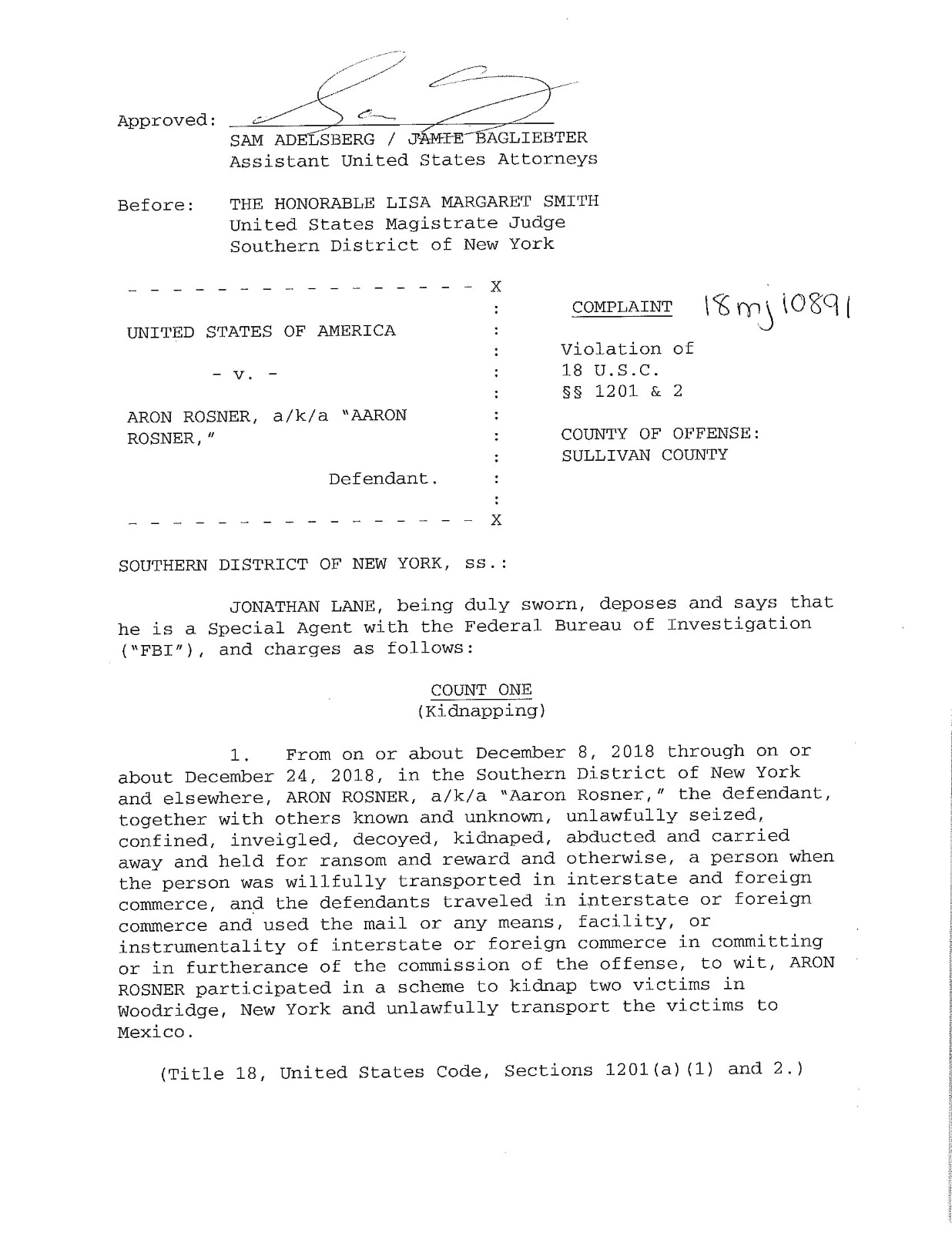 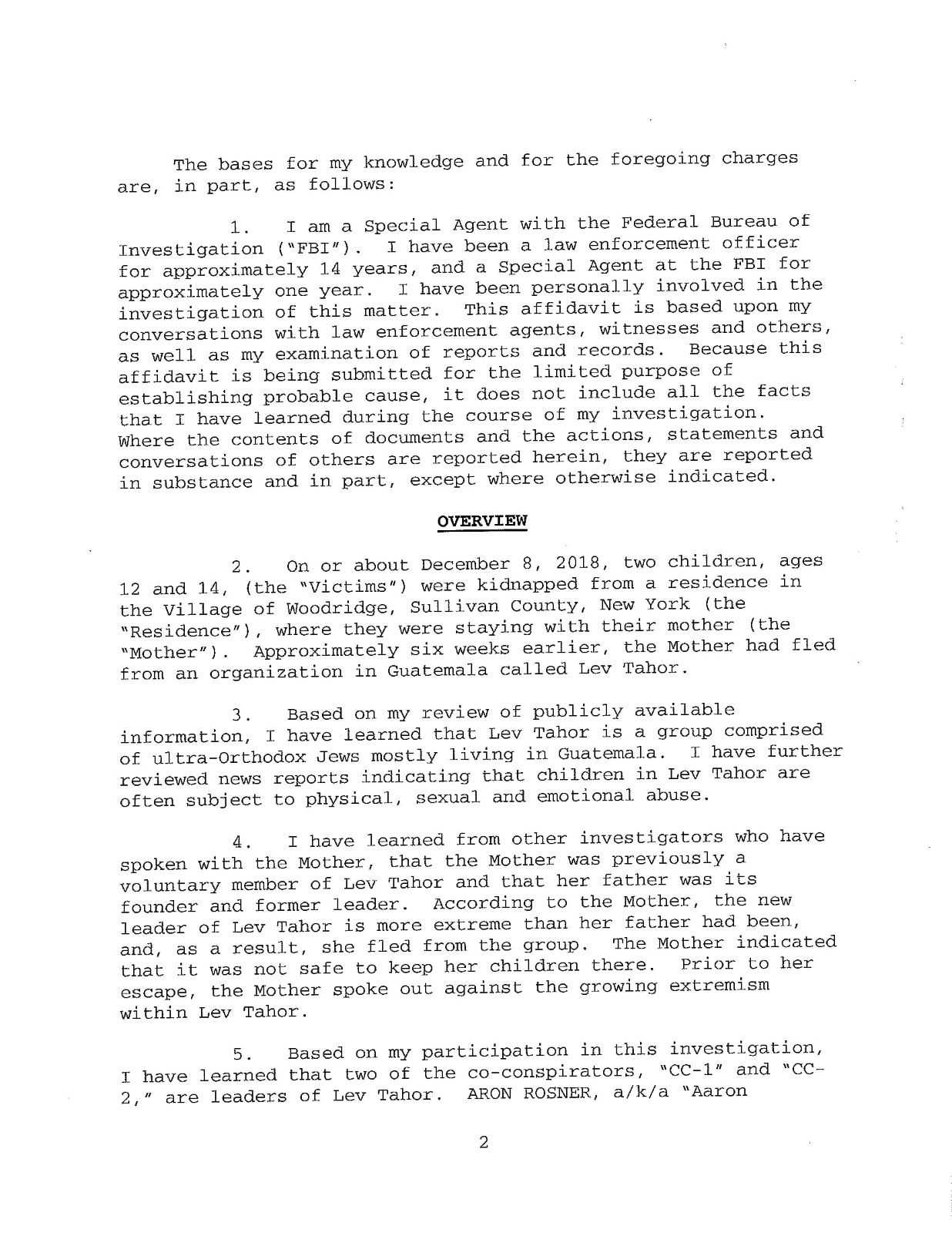 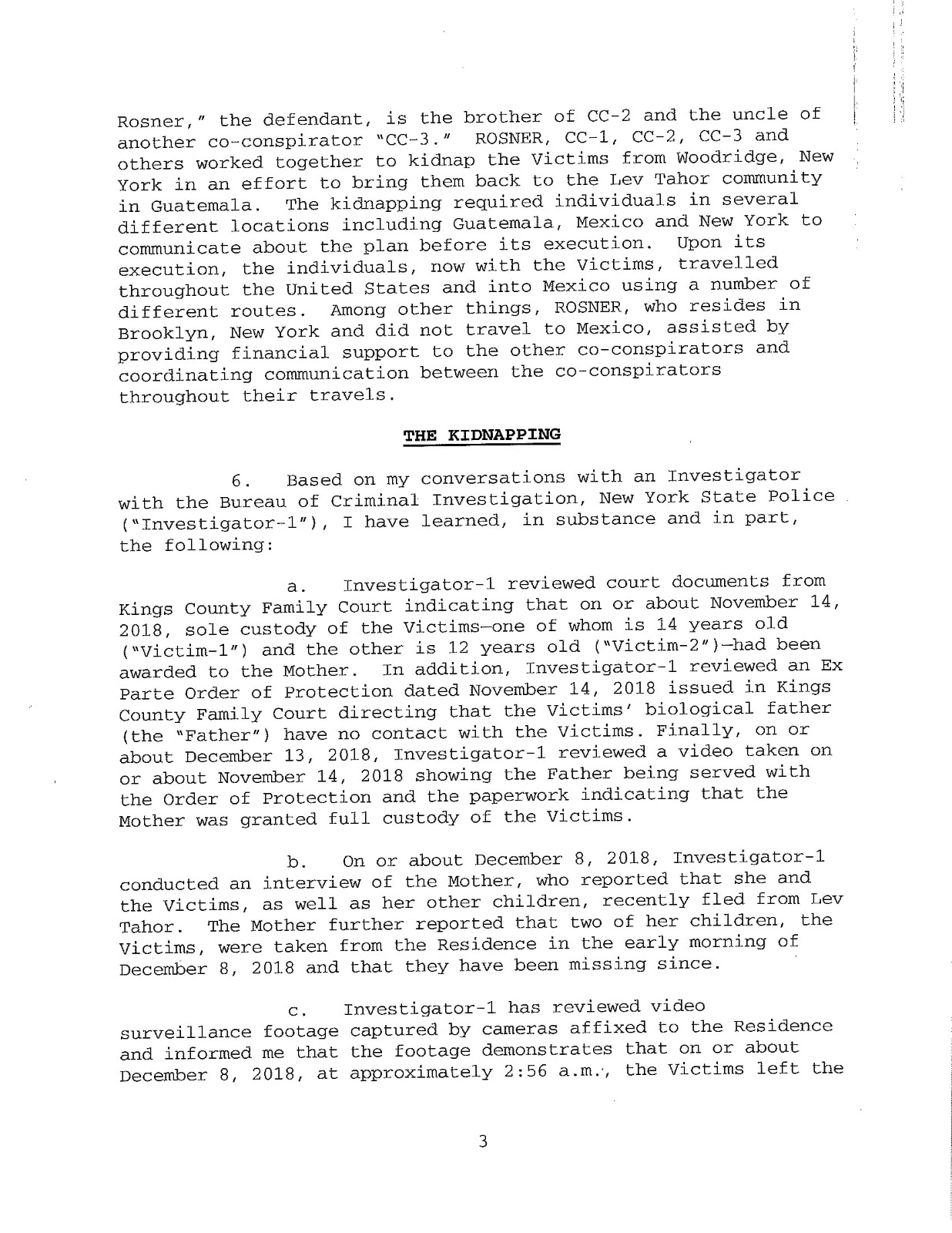 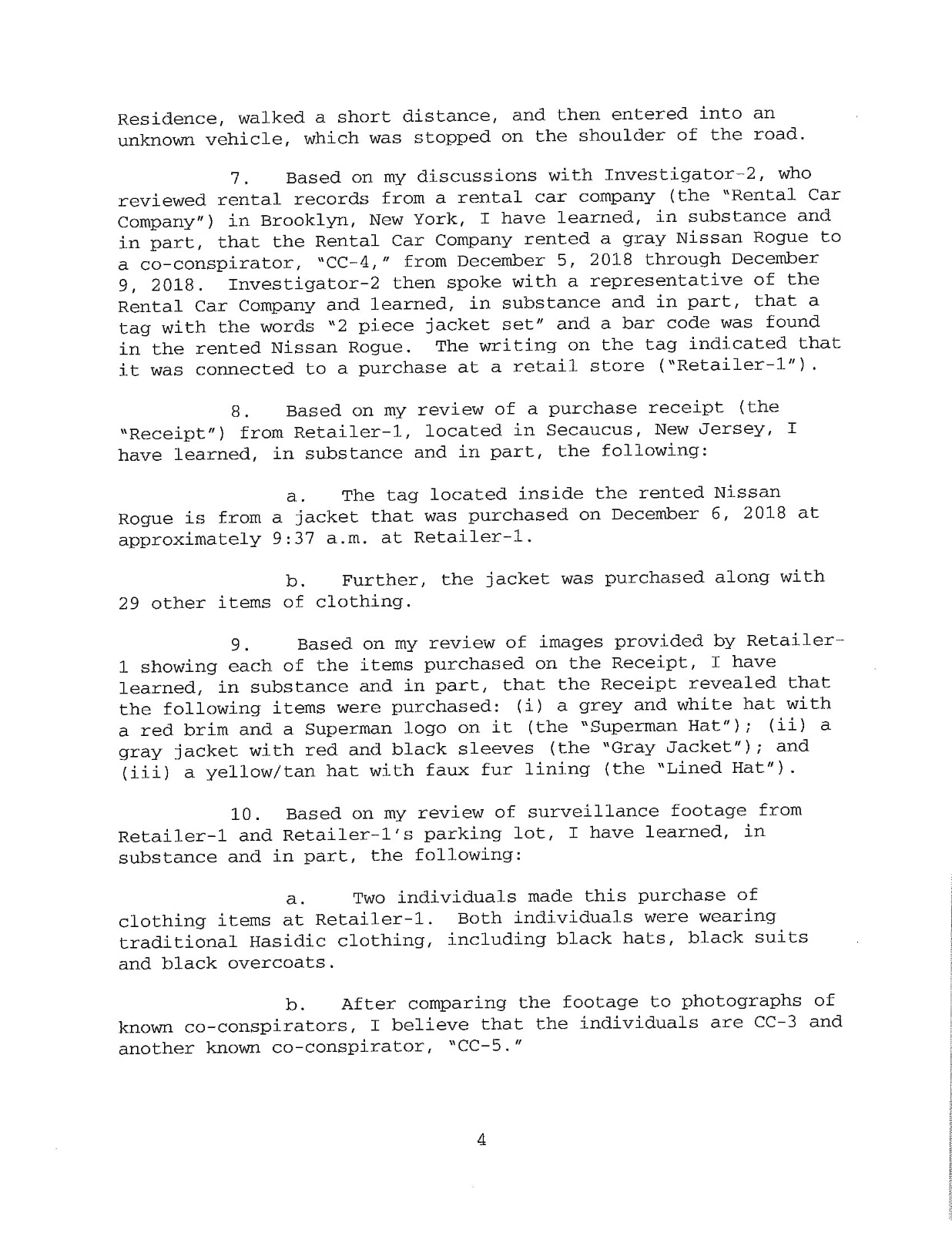 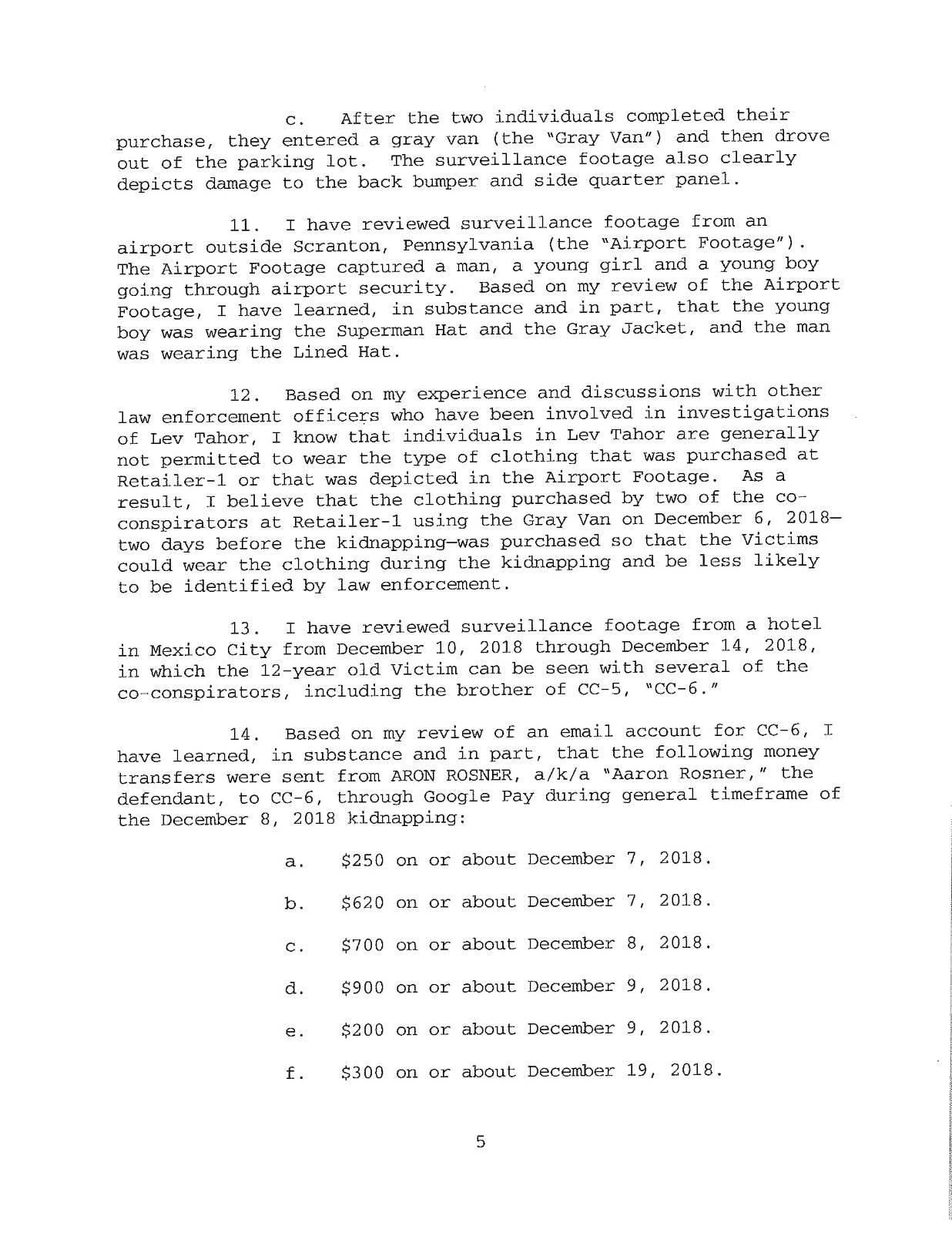 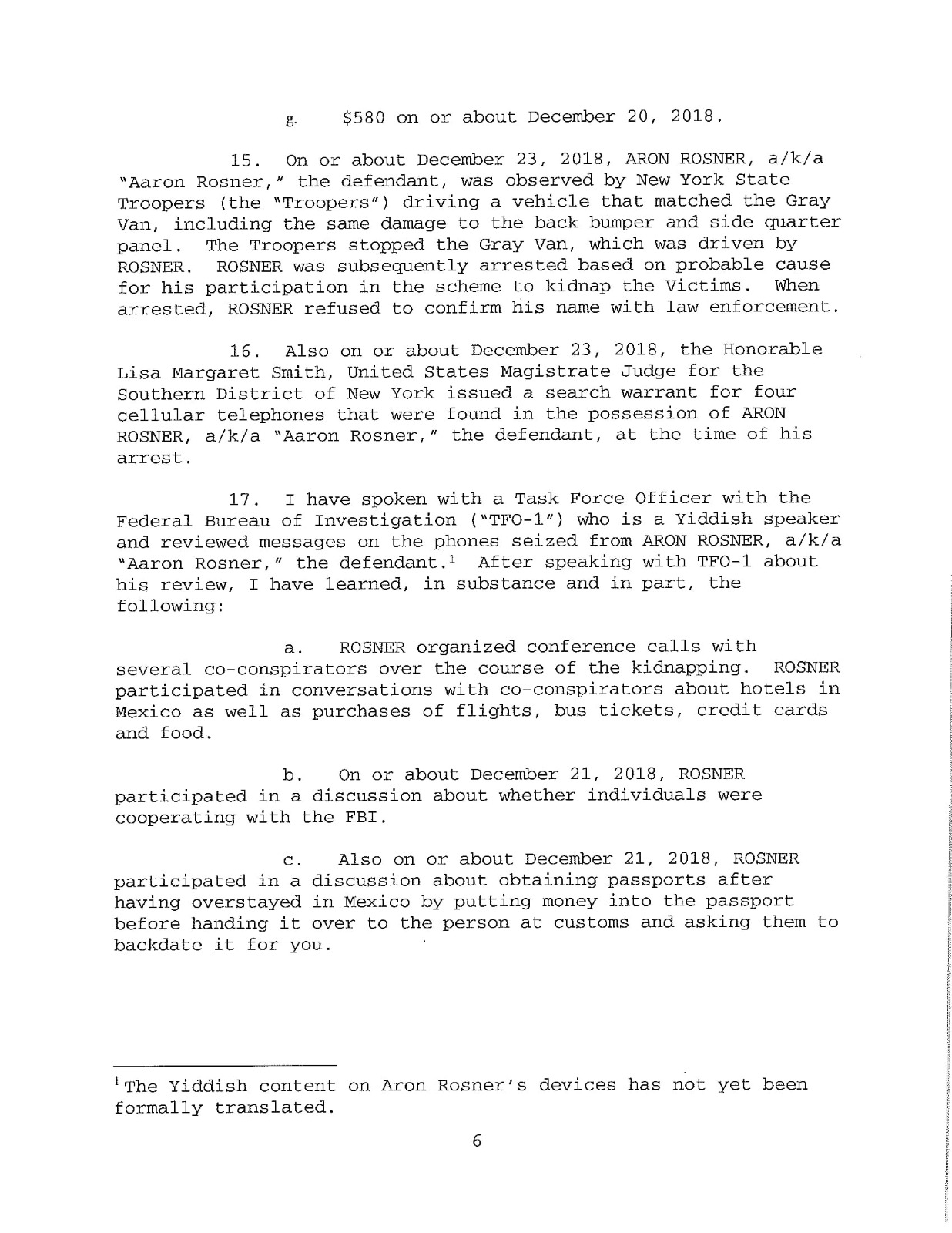 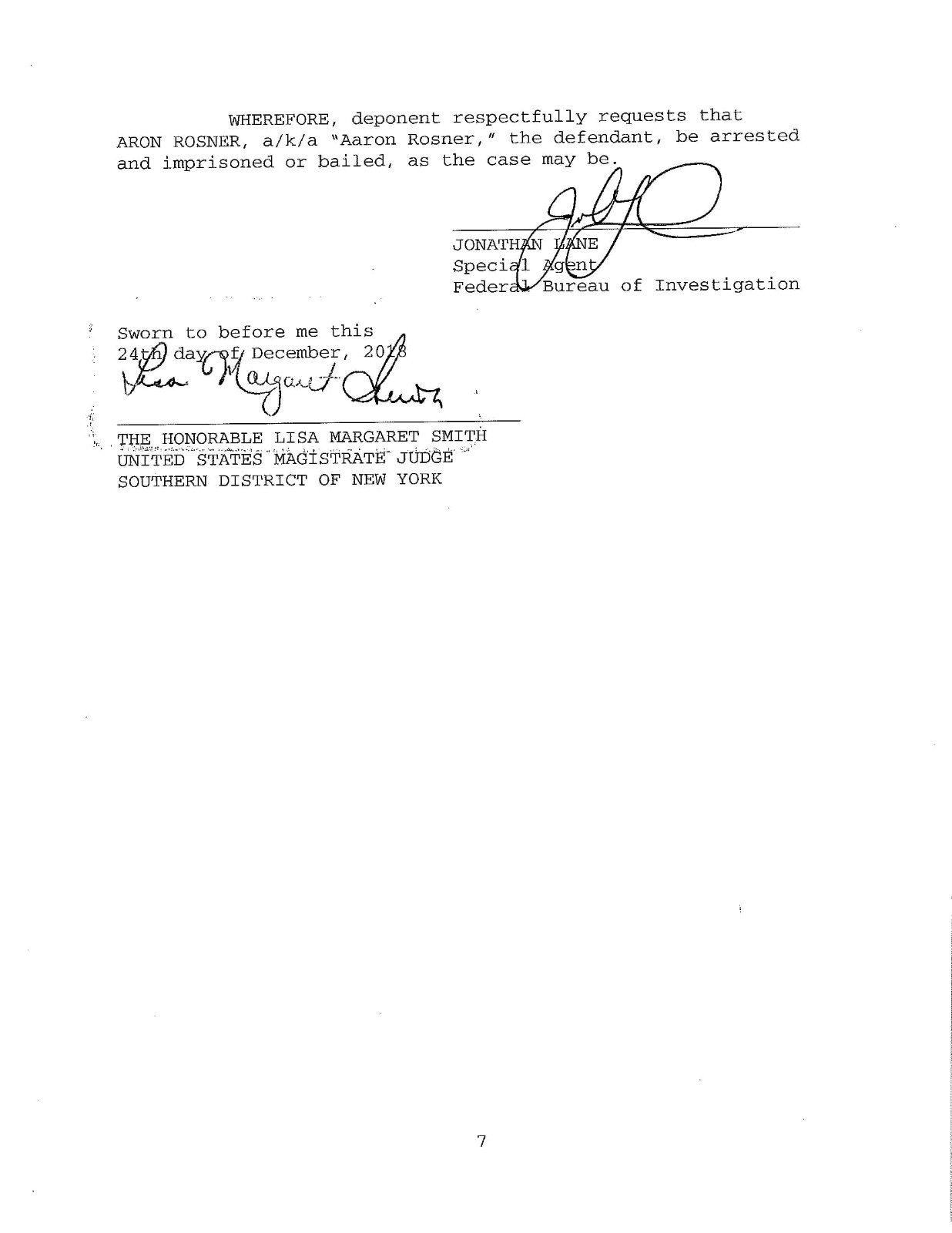