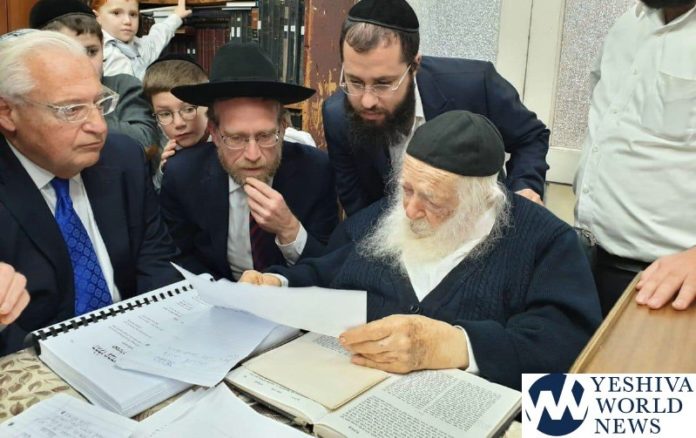 A person in the room during the visit reported: “The ambassador spoke to Rav Kanievsky about his activities to help the people of Israel. Rav Chaim Kanievsky gave him a Bracha and told him to make a Kiddush Hashem.”

The visit lasted for several minutes during which the Gadol Hador asked Friedman about the state of U.S. Jewry and how Friedman was acting to help them as well.

Friedman then asked the Rosh Yeshiva for a Bracha that President Donald Trump should be successful in his campaign for re-election in 2020. 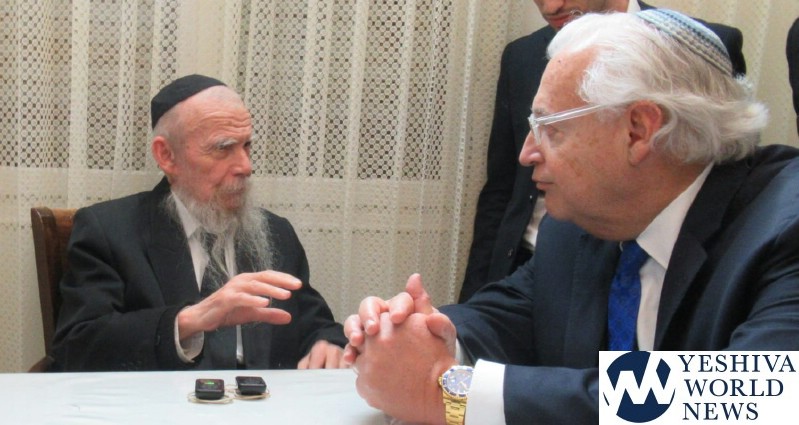