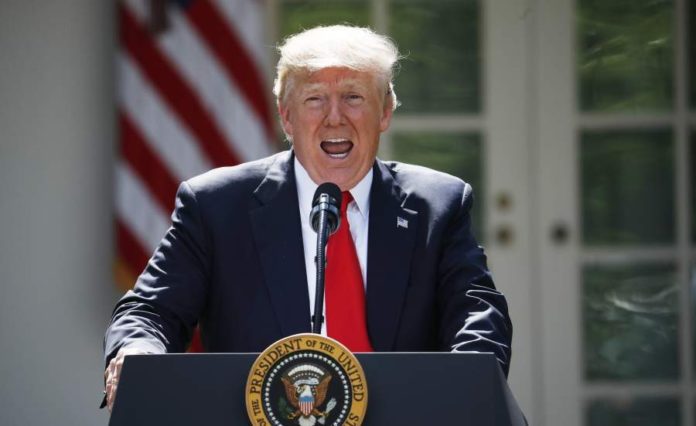 The latest figures include 32% who Strongly Approve of the job Trump is doing and 46% who Strongly Disapprove. This gives him a Presidential Approval Index rating of -14.

The president’s overall job approval rating has been falling since his Oval Office address last week calling for enhanced border security and the building of a wall to help stop illegal immigration.

This is Trump’s lowest mark in the poll since January of 2018, when his approval was at 42 percent.

[SHUTDOWN DAY 24: Trump Declares He’ll “Never, Ever Back Down”]

Trump has in the past touted the results of Rasmussen polls, which generally show him with a higher approval rating than other polls and surveys.

He noted on Twitter last month that Rasmussen showed his approval rating at 50 percent while arguing that it would be at 75 percent if not for special counsel Robert Mueller’s Russia investigation.

“Without the phony Russia Witch Hunt, and with all that we have accomplished in the last almost two years (Tax & Regulation Cuts, Judge’s, Military, Vets, etc.) my approval rating would be at 75% rather than the 50% just reported by Rasmussen,” Trump tweeted at the time.

Trump also took to Twitter in April of last year to praise a Rasmussen survey showing his approval at 51 percent.

“Rasmussen just came out at 51% Approval despite the Fake News Media,” Trump said at the time. “They were one of the three most accurate on Election Day.”