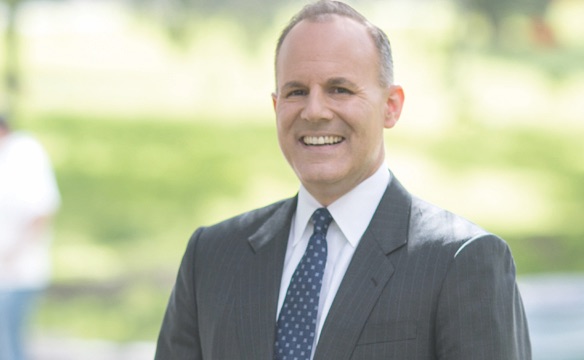 Agudath Israel of America welcomes President Trump’s selection of Mr. Elan Carr to the position of State Department Special Envoy to Monitor and Combat Anti-Semitism. Mr. Carr is an experienced and distinguished public servant and a prominent leader in the Jewish community of Los Angeles.

Mr. Carr’s commitment and his unique skills make him an excellent choice to effectively lead the United States’ fight against global anti-Semitism. Agudath Israel California activist Stanley Treitel reacted to the news by observing that, “I know Elan for many years as fighter for Jewish causes and against anti-Semitism in a variety of contexts. I congratulate his appointment as the State Department’s Special Envoy on Anti-Semitism.”

Added Dr. Irving Lebovics, Chairman of Agudath Israel of California, “We have gotten to know Elan Carr through his work as a Los Angeles Prosecutor and a political candidate. His commitment to fight anti-Semitism and protect the Jewish People know no bounds. President Trump has chosen wisely.”

The vexing scourge of anti- Semitism continues to grow around the world. Even in Western democracies, even in countries that experienced the Holocaust only decades ago, hatred of Jews is expressed openly and without hesitation. Anti-Semites have been emboldened to spew their scapegoating hatred behind the smokescreen of nationalism and human rights. And some countries continue to seek restrictions on Jewish religious life, understanding well that this will make Jews unwelcome to live and thrive there.

Agudath Israel of America played an active role in the creation of the Special Envoy within the State Department. Rabbi Abba Cohen, the group’s Vice President for Government Affairs and Washington Director and Counsel, has maintained a close working relationship with the office through successive administrations.

“The need for the Special Envoy is greater now than ever before and we are pleased that President Trump has enabled the office to operate at full capacity and under the leadership of such an able and devoted advocate. We look forward to continuing our longstanding relationship with Mr. Carr in this vital work,” Rabbi Cohen noted.