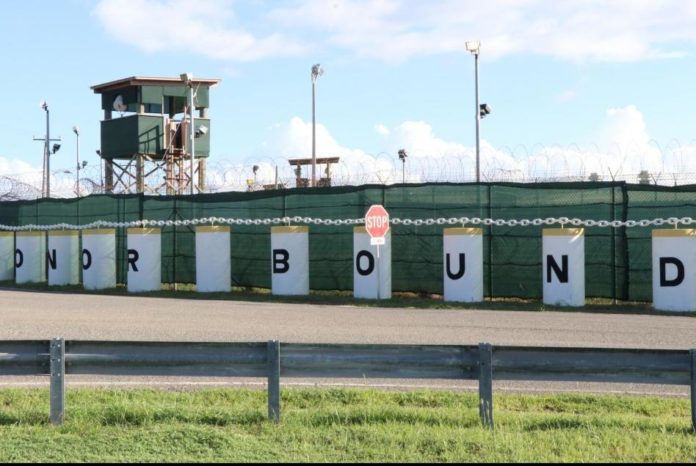 A former U.S. resident who joined al-Qaida and is now jailed at the Guantanamo Bay detention center returned to court Monday at the U.S. base in Cuba as he seeks to cut his expected prison term.

Majid Khan, a native of Pakistan who attended high school outside of Baltimore, pleaded guilty in February 2012 before a military commission. In a deal with prosecutors, he agreed to testify against other prisoners at Guantanamo in exchange for a sentence not to exceed 19 years. Khan is scheduled to be sentenced this summer.

Khan’s lawyers are preparing to argue that his sentence should be further reduced because of the harsh treatment he endured while in CIA custody. He was subjected to what the government called “enhanced” interrogation that critics say amounted to torture. His defense team asked a judge at the base to order prosecutors to turn over documents and witnesses that would support their case.

His lawyers say he has the right to argue for a lighter sentence because the harsh treatment is both a mitigating factor and also amounts to pretrial punishment, for which he deserves credit against his eventual sentence. “He is still deeply contrite he is completely committed to cooperating,” attorney Katya Jestin told the judge.

Prosecutors argue that Khan waived his right to all the documents and witnesses now sought by the defense in the plea bargain and that providing it now would be overly burdensome to the government. Authorities have been working for years to provide similar material about CIA activities in other cases, including an ongoing proceeding against five men charged in the Sept. 11, 2001, terrorist attack.

The judge, Army Col. Douglas Watkins, was not expected to issue an immediate ruling.