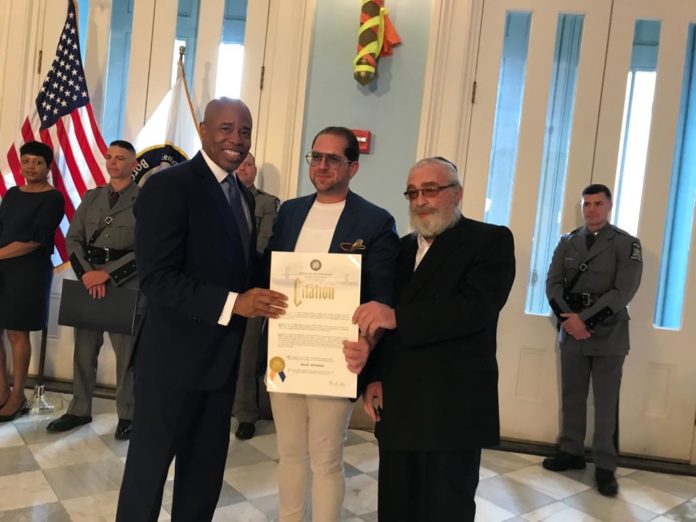 A Jewish man who saved a suicidal man from jumping to his death off the Verrazano Bridge, was given an award by the Brooklyn Boro President.

Every month the Boro President honors Brooklyn’s latest “Heroes of the Month” at a ceremony in the Rotunda of Brooklyn Borough Hall.

As YWN had reported, Abraham was driving on the Verrazano Bridge on March 31, when he noticed a car in front of him suddenly stop. A man exited his vehicle, and walked to the ledge of the bridge. Not wasting a second, Tuli stopped his car and ran to the man, asking him what he was doing.

“I am going to jump”, the man replied, as he began climbing over the ledge.

Tuli grabbed him to prevent him from jumping. A New York State Trooper, Officer Joshua Kaye, happened to be passing by on the bridge and thought he was approaching a disabled car. After hearing Abraham screaming for help, he stopped and came to assist with the would-be jumper. Both held on to the man, who was resisting. NYPD quickly came on the scene, and with their help and that of another Good Samaritan, all were able to lift the disturbed man to safety. Notes in the distraught man’s car gave all appearances that this was a planned suicide attempt. Because of the heroic and quick thinking of Jacob Abraham and State Trooper Joshua Kaye, the man was kept from harm and transported safely to a nearby hospital.

The unidentified jumper was taken to NYU-Langone Hospital in Brooklyn to be evaluated.

“As a member of the New York State Police, we take an oath to serve and protect and Trooper Kaye did just that on the Verrazano Narrows Bridge that day. You never know what the day will bring in law enforcement, but we are grateful that Trooper Kaye, the NYPD officers and Good Samaritan were in the right place at the right time. Trooper Kaye risked his safety to help someone in need. We are proud of his actions, and proud to have him as a member of Troop NYC,” said Troop NYC Troop Commander, Major Paul Hogan.

Adams also gave awards to Hopeton Kiffin, an MTA conductor who rescued a 13-year old boy from the subway tracks in April, and Obocho Peters, Founder of online thrift store I Am Obocho, which sells children’s clothing to low-income parents. 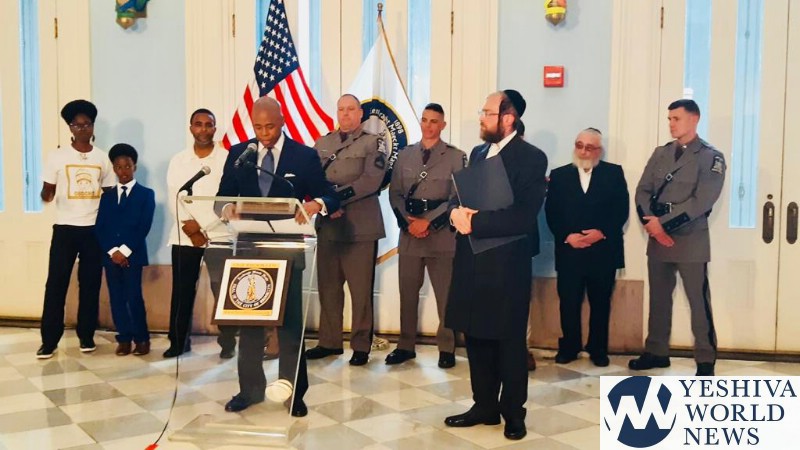 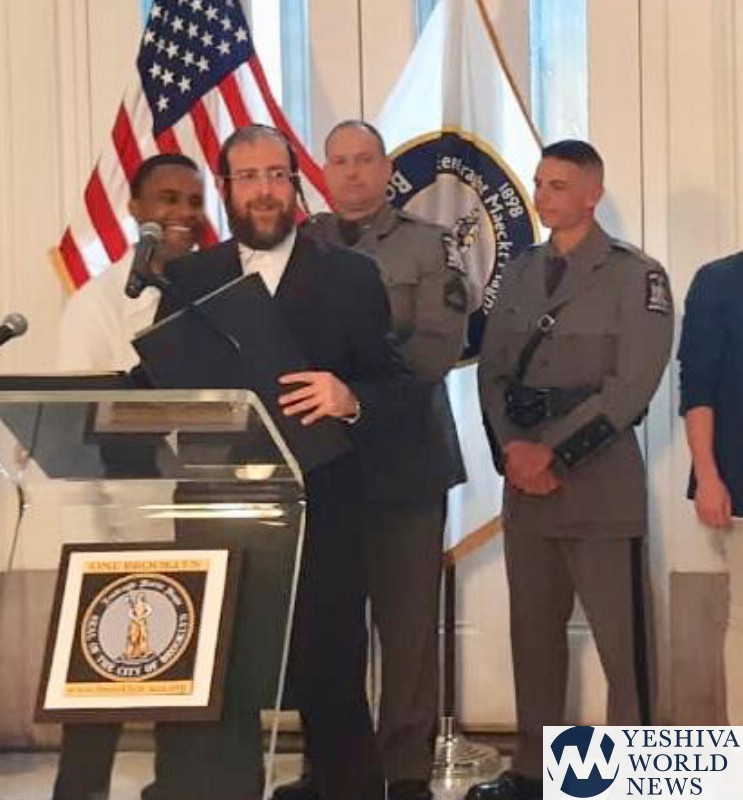 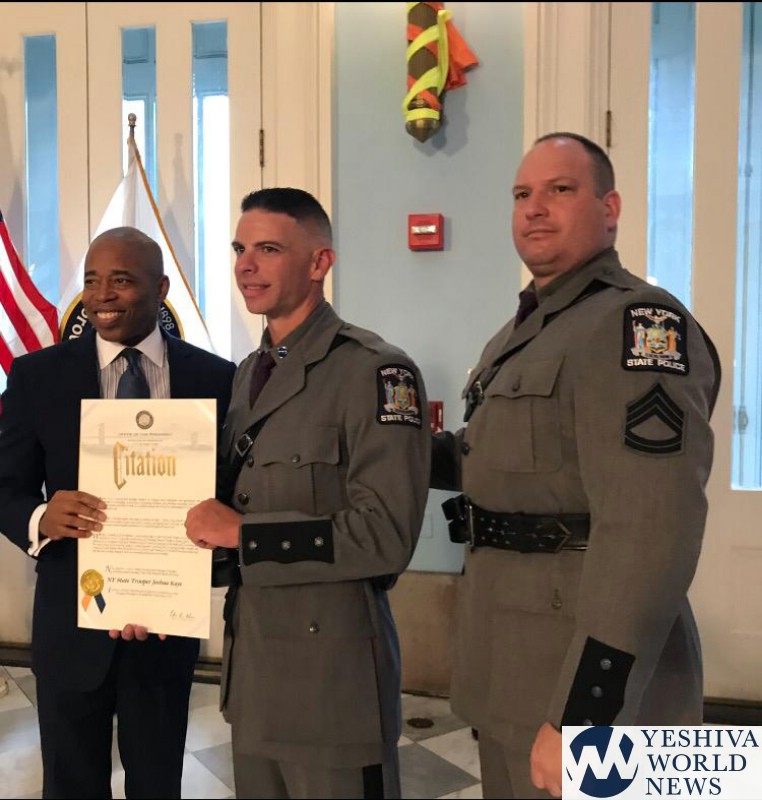 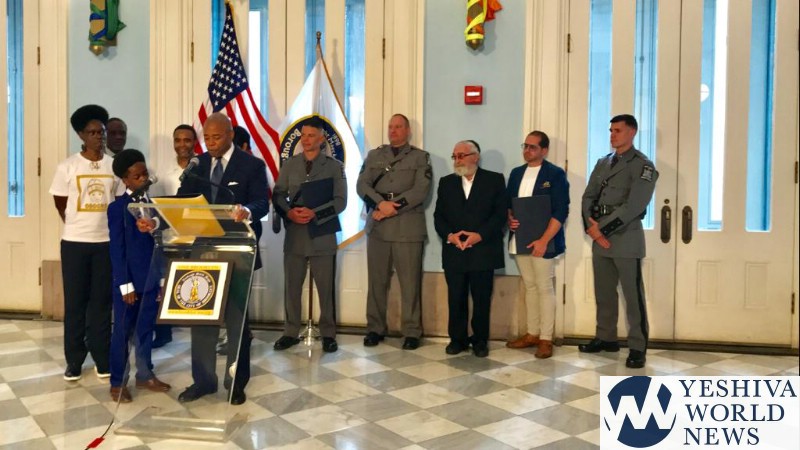 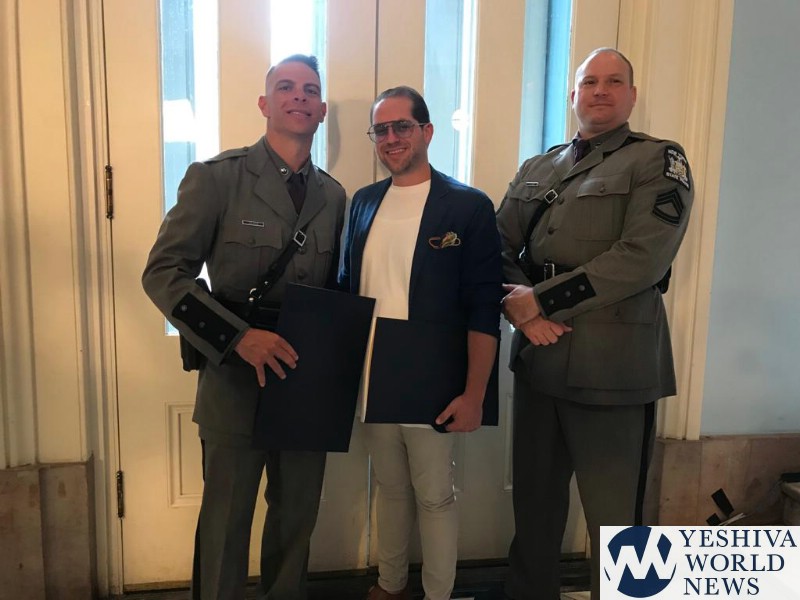 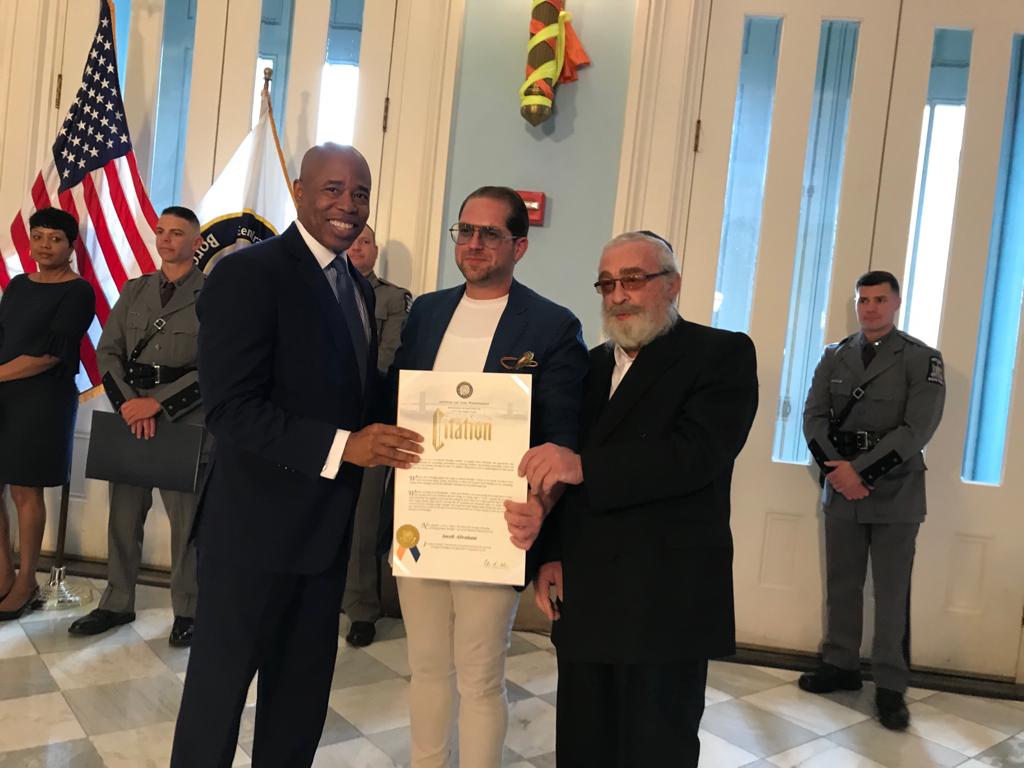 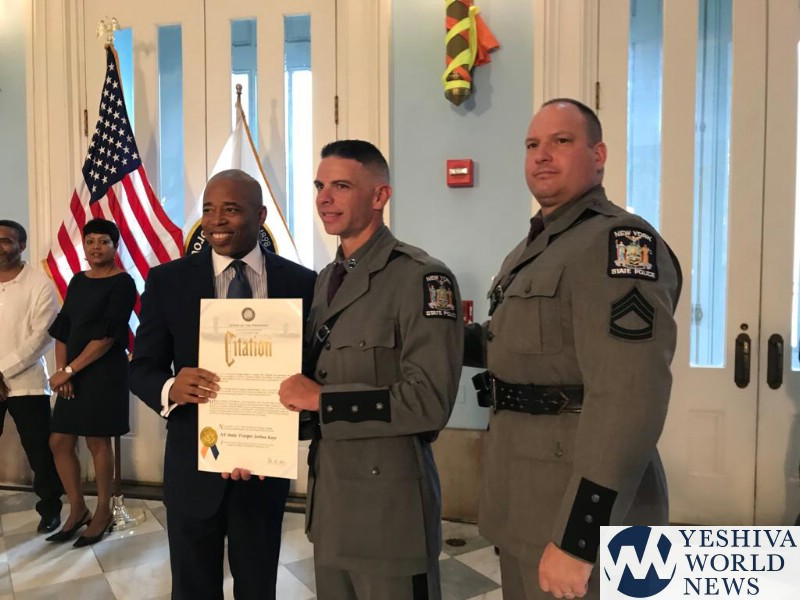