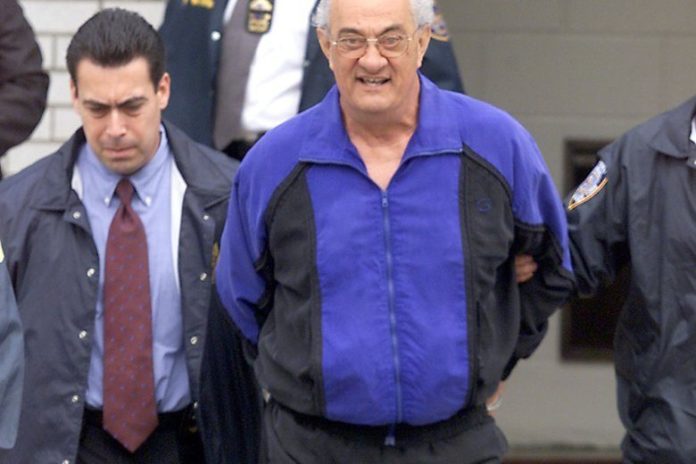 Peter Gotti’s poor health and his rejection of the gangster life make him a worthy candidate of a so-called compassionate release after serving 17 years behind bars at a North Carolina facility that also houses Ponzi scheme fraudster Bernard Madoff, the papers say.

The 79-year-old Gotti was sentenced to a 25-year term for his conviction in 2003 on racketeering and other charges alleging he took charge of the Gambinos after his brother was locked up.

Peter Gotti is the brother of John Gotti, who was known as both the “Dapper Don” because of his expensive suits and silvery swept-back, and the “Teflon Don” after a series of acquittals on murder charges. He was serving a life term for racketeering and murder when he died of cancer in 2002.

At a 2003 trial, his under-the-radar older brother was accused of overseeing a violent Gambino crew that used threats to assume control of local chapters of the International Longshoremen’s Association. Prosecutors presented a series of surveillance photos and tapes of known gangsters paying homage and cash to John Gotti, a former sanitation worker who they said became acting boss of the Gambinos in the late 1990s.

The trial featured testimony from action-film star Steven Seagal, who testified that the mobsters demanded payoffs during a meeting at a Manhattan steakhouse. Afterward, the partner told him, “If you would have said the wrong thing, they would have killed you,” Seagal said.

The papers seeking early release for Peter Gotti cited a long list of ailments including heart disease, blindness in one eye and early onset dementia. He’s seeking to live out his remaining days at his daughter’s home in New York City.

Contrary to the mob ethos of staying true to his underworld origins, time behind bars has caused Peter Gotti “to reevaluate his thinking and reconsider his moral values. No longer does he try to justify his actions or defend the choices he made that brought him to prison,” the papers say. “He wants now to tell anyone who will listen that there is truly zero benefit to unlawful activity.”

July 6, 2020 6:03 pm
30
The ruling has just been handed down by the judge: There will be no overnight summer camps in NY this summer. The attorney representing the...