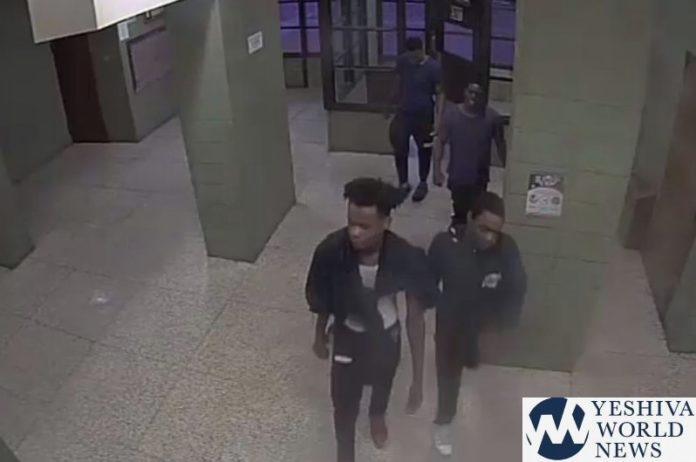 New York police are investigating a series of assaults on Hasidic Jews in Williamsburg as hate crimes, officials said Monday.

At least three people between the ages of 56 and 71 were violently mugged in the Brooklyn neighborhood within an hour, a local CBS affiliate reports. At least two were taken to the hospital.

New York Police Department Chief Dermont Shea tweeted that the hate crimes unit and the local precinct are investigating the assaults. He asked victims or anyone with information to contact the department tips line.

The NYPD is asking for the public’s assistance identifying the males depicted in the attached video:

In the rear of 80 Ross Street, at approximately 5:00AM, a 71-year-old male was approached by a group of three males who punched him in the face and searched his pockets. No property was removed and the males fled on foot. EMS removed the victim to Bellevue Hospital in stable condition.

At 91 Clymer Street, at approximately 5:30AM, the males approached a 67-year-old male, punched him in the face, and searched his pockets but did not remove any property. The males said, “give me your money,” during the robbery. Victim refused medical attention at the scene.

At 626 Wythe Place, at approximately 5:40AM, the males punched a 56-year-old male in the face and searched his pockets; no property was taken. EMS removed the victim to Bellevue Hospital in stable condition.

The persons wanted for questioning are described as male Blacks in their teens.

Anyone with information in regard to the identity of these individuals is asked to call the NYPD’s Crime Stoppers Hotline at 1-800-577-TIPS (8477) or for Spanish, 1-888-57-PISTA (74782). The public can also submit their tips by logging onto the CrimeStoppers website at WWW.NYPDCRIMESTOPPERS.COM or on Twitter @NYPDTips.

All calls are kept strictly confidential.