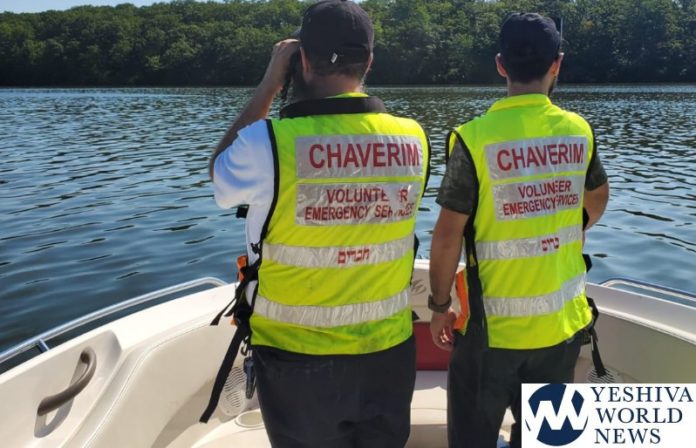 The search for Reb Dovid Hakohen Traube, a father of 7, who went missing in Greenwood Lake, was relaunched on Monday morning.

Search crews had gathered at the lake at around 6:00AM, to begin their joint efforts in locating Reb Dovid.

Reb Dovid along with his wife and some of his children were on the lake boating on Sunday. The children were all wearing life vests, and were floating in the center of lake enjoying the weather and cool water. One of the children began to float away, and Reb Dovid – who was reportedly a good swimmer – jumped in and pushed his child back to the boat. As his child was placed back in the boat, he began to struggle and suddenly began to drown. He was not seen since.

A major search was launched immediately (on Sunday evening), but needed to be cancelled to do bad weather on Sunday night.

On Monday morning, the Greenwood Lake Fire Dept had multiple boats on the water, and the NY State Police deployed with high-end sonar equipment. Law enforcement sources tell YWN that the NY State Police has previously used this sonar at this lake multiple times – with a very high success rate. 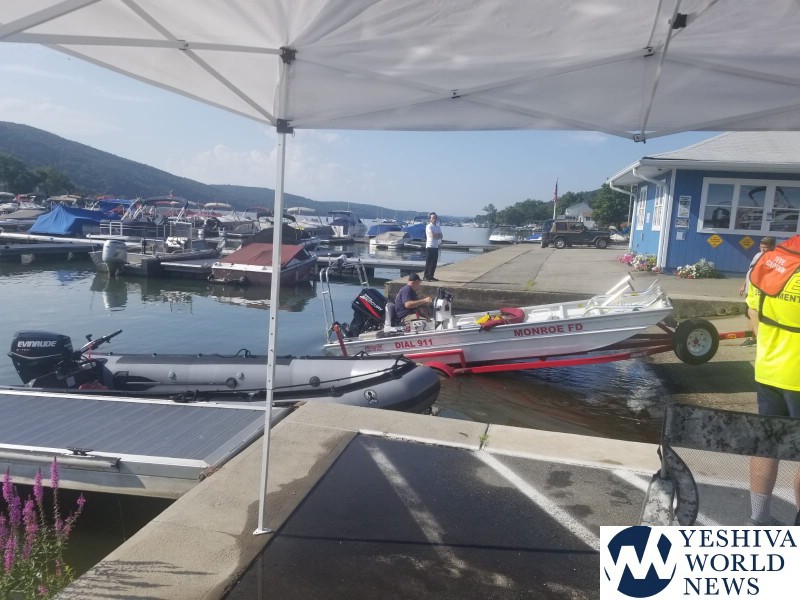 Hatzalah of Kiryas Joel has a command post set up, and Moses Witriol, Director of Kiryas Joel Public Safety is coordinating with the local authorities.

Yossi Margareten of Chaveirm of Rockland has been working tirelessly since the search began, and has 3 boats on the lake this morning. Chaverim also has two drones that have been scanning the entire shoreline of the lake all morning.

Kiryas Joel Chaverim has a boat on the water as well as a boat from Kiryas Joel Hatzolah.

There are multiple private people who own boats on this lake that are searching as well.

Yidel Schwartz of COMSAR is also on the scene with a team on standby. 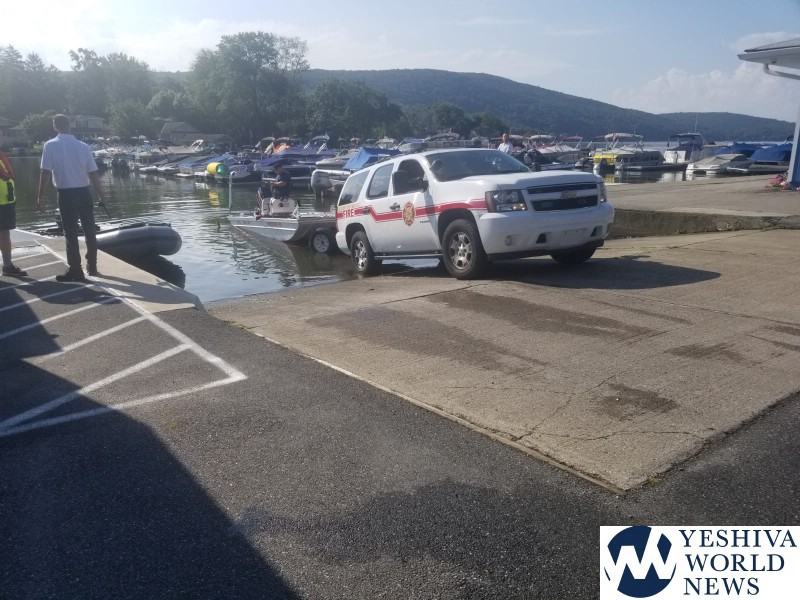 Search coordinators tell YWN that the police have requested that no one should come to the scene, as it will only create chaos.

Greenwood Lake is an interstate lake approximately seven miles (12 km) long, straddling the border of New York and New Jersey. It is located in the Town of Warwick and the Village of Greenwood Lake, New York (in Orange County) and West Milford, New Jersey (in Passaic County). 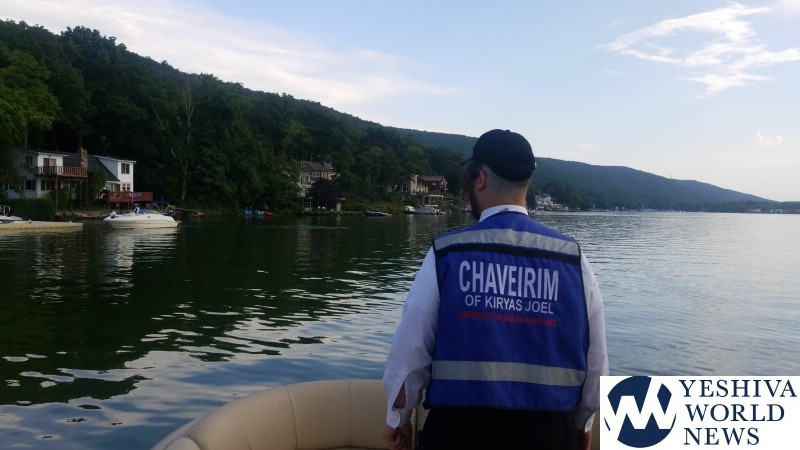 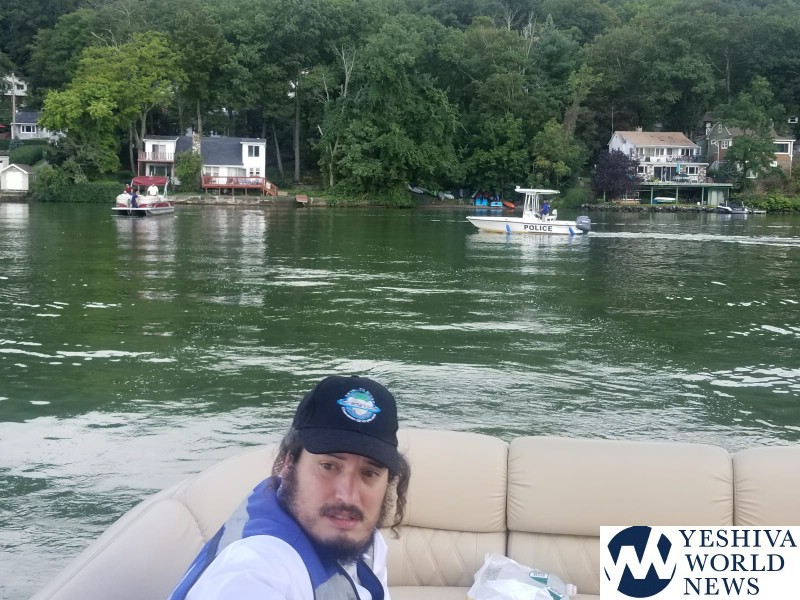 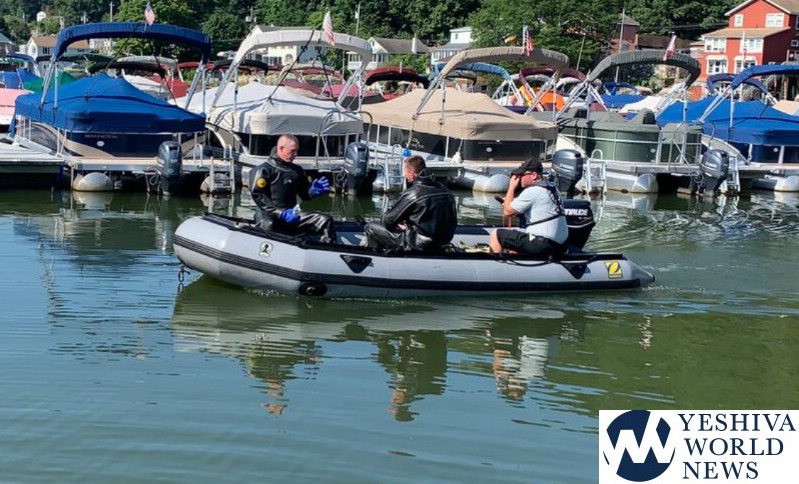 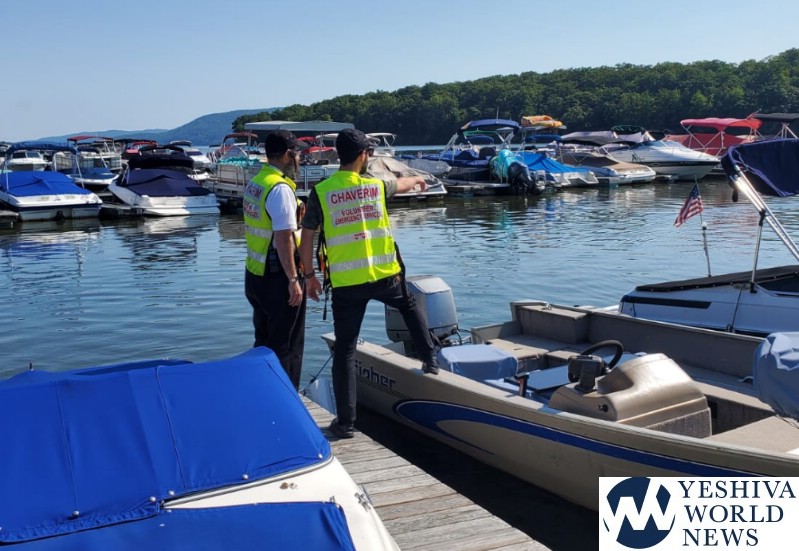 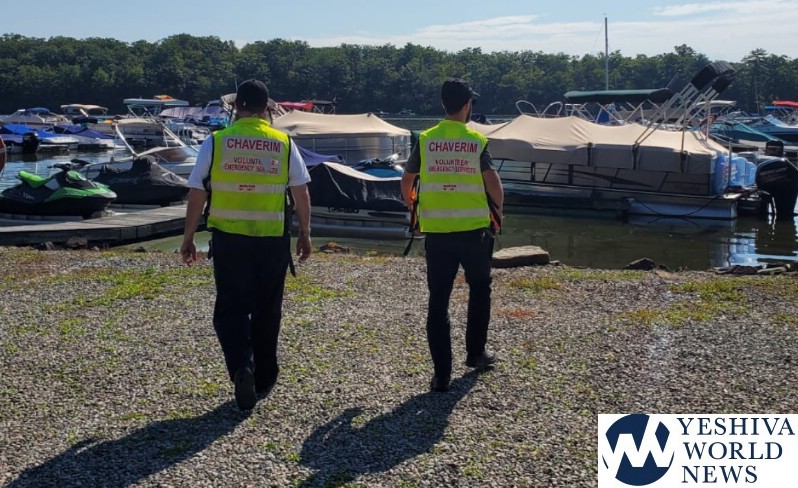 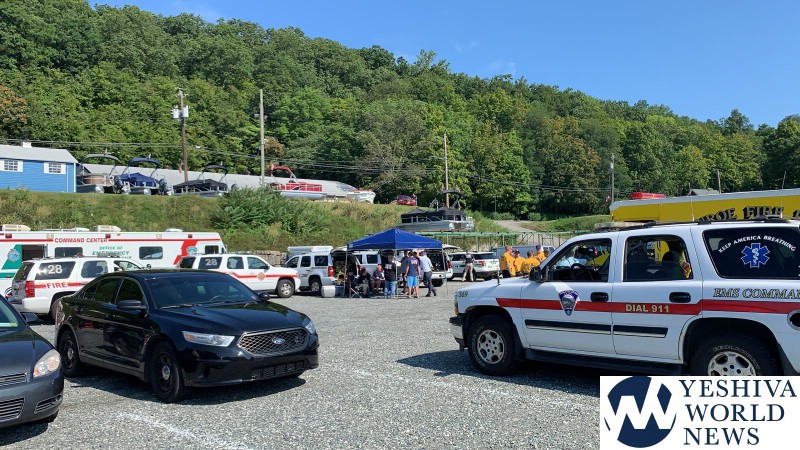 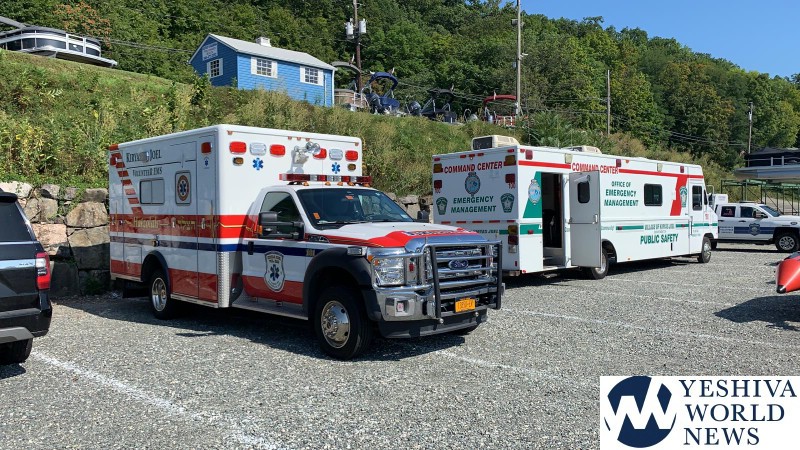 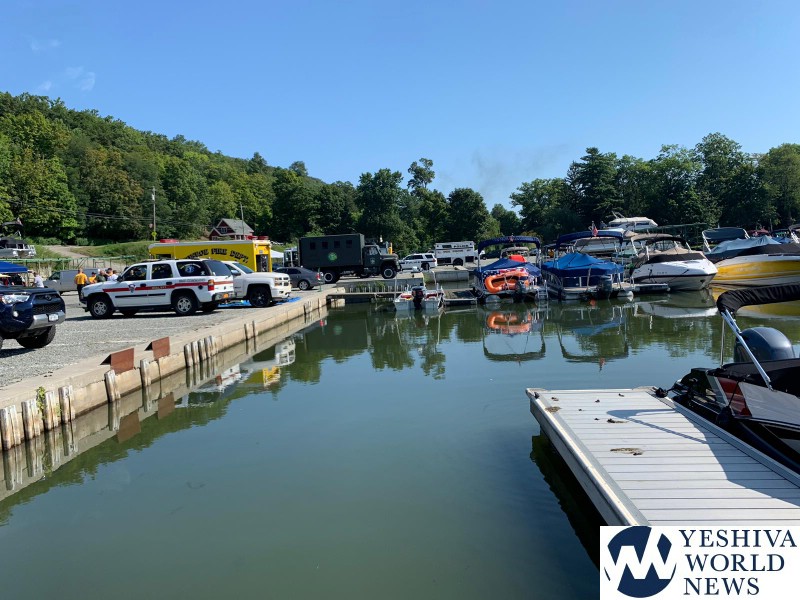 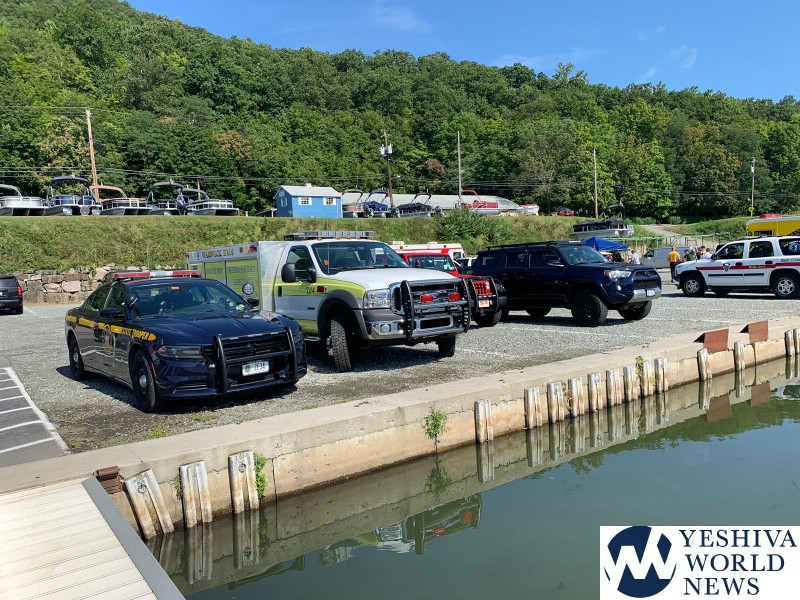 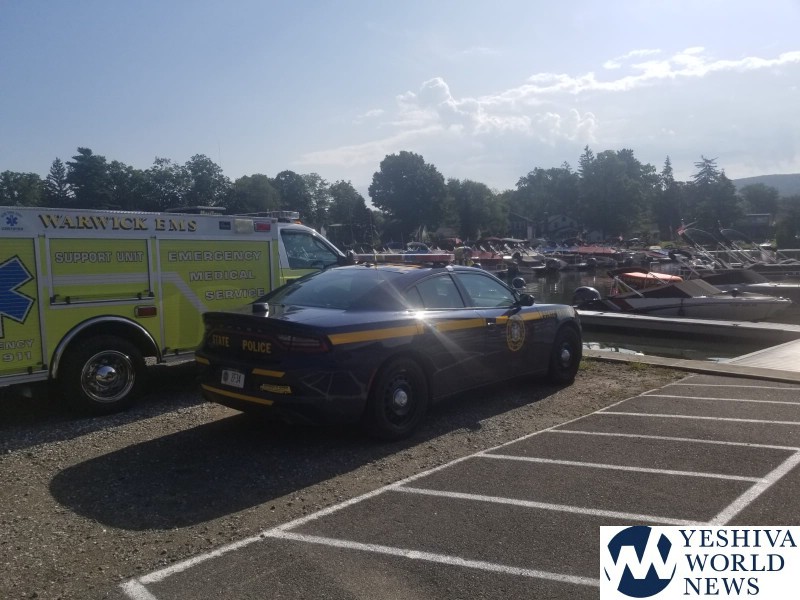 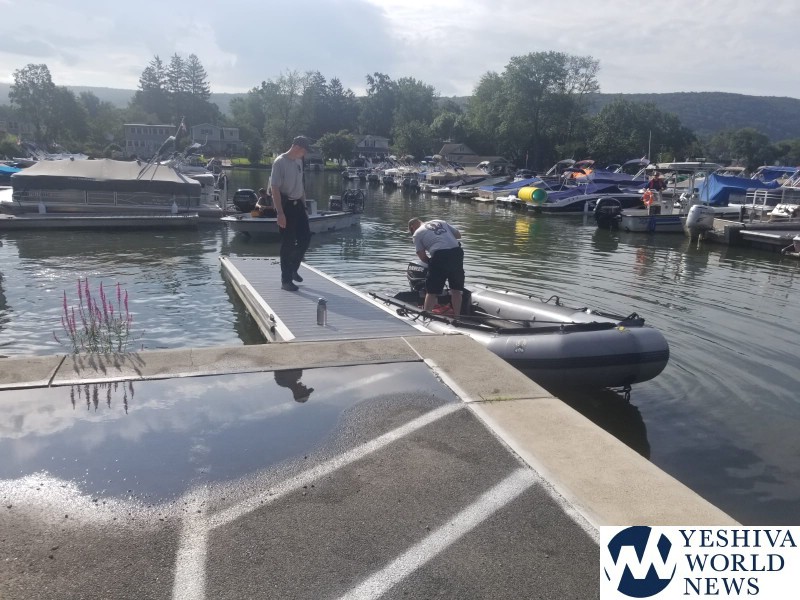 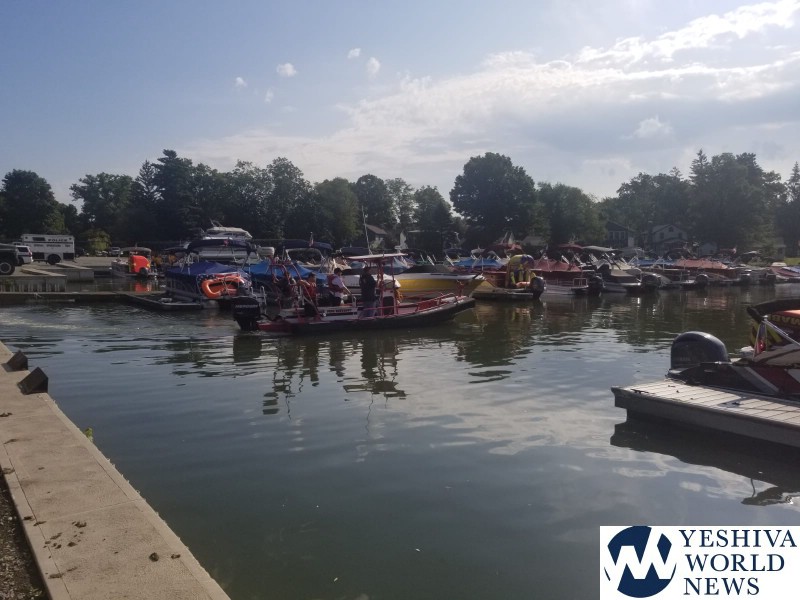