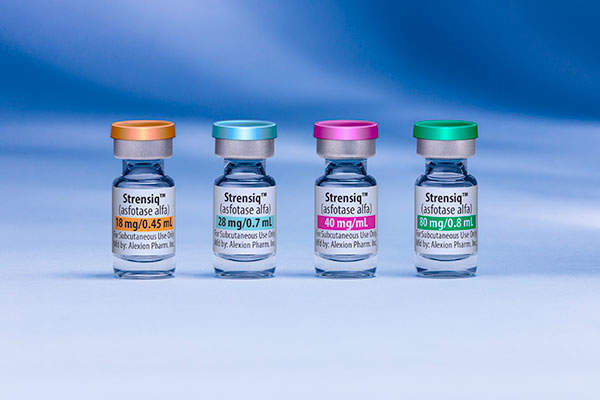 “What? Two million dollars a year – just for the medication? For one person? And who exactly should pay for that?”

It is not a rare question, and more and more, medicines are now carrying such a price tag.  The question is – what does halacha say about this?

A recent New York Times article highlighted a huge and emerging problem in modern medicine.  New technologies in pharmaceutics and new tax incentive laws have created a new reality in the field of cures and medicines – a prohibitively high cost.  This is not just a theoretical ethics question that one discusses in a typical philosophy or ethics class.  It is a reality that is happening now.

There are an estimated 7,000 rare diseases in this country.  There are also 30 million Americans that suffer from them. Last year, there were 59 new drugs that were given FDA approval –  34 of them were for rare diseases and most of them cost an arm and a leg.  Tax incentives for pursuing new gene therapies are creating a situation where one company is investing hundreds of millions to find a cure for these rare diseases – and they want to recoup their investment.  Some companies are charging millions a year for individual patients.  Companies such as Novartis and Pfizer are looking at this new form of medicine as the new income area.  The fact that generic companies can now charge a fraction of the cost of the original medicine after just a few years has spurred this on.

This past May, the Food and Drug Administration approved a $2.125 million gene therapy drug for a rare disease called spinal muscular atrophy in infants and toddlers.  It was manufactured by Novartis who stated that they will price the one-time drug, called Zolgensma, at $425,000 per year over five years.

Hypophosphatasia is a lifelong disease caused by loss-of-function mutations in a gene, causing rickets and bone deformation in infants and children and softening of bones once growth plates close, along with muscle weakness.  It saves lives of children and removes overwhelming pain for adults.

According to Drugs.com, the cost for Strensiq subcutaneous solution (18 mg/0.45 mL), a drug discussed in the New York Times article, is around $16,132 for a supply of 5.4 milliliters.  The small tiny bottle pictured here, believe it or not, actually costs $16,132.

WHAT DOES HALACHA SAY?

What does halacha say about all of this?  Is the pharmaceutical company allowed to charge such a high sum?  On the part of the public, is there an obligation to provide this type of money to others?  If so, should family members pay the bulk of it?  Since this is a growing issue that will soon hit home in everyone’s medical insurance policies – what should business owners who wish to help their employees do?

Interestingly enough, a Chasidish friend of this author had posed the question to Rav Elyashiv zt”l and printed it in his Sefer VaYishma Moshe (Vol. II p. 345).   Rav Elyashiv answered that a person can charge a very significant amount of money for a medicine.  When further questioned about it in comparison to Bilaam who showed a desire for a huge sum – Rav Elyashiv drew a distinction in that Bilaam had no basis to want such a large amount.  It would seem that Rav Elyashiv’s conclusions permitting are based upon the huge time, effort, and financial investment involved.  Otherwise, how could he argue on a clear law in Shulchan Aruch?

As far as the excessive amount is concerned, it could be that now that so many medicines have such a high price – this has become the new normative price and it would be permitted regardless.

The Chofetz Chaim writes in Sefer Ahavas Chessed Vol. II 20:2 that every member of klal yisroel is obligated to pay all of his money to save his fellow peer.  The Munkatcher Rebbe in his Darchei Teshuva YD 157:57 cites the Zera Emes (Vol. II #51)  to the same effect.  The Netziv in his He’emek She’ailah 38:1 rules in the same manner.  [A Rosh Yeshiva for Baalei Teshuvah from Eretz Yisroel often cites this Ahavas Chessed when raising funds in the Five Towns for his Yeshiva].

The Maharsham (Vol. V Siman 54), on the other hand, states that there is no obligation to do so.  This is also indicative in the language of the Yad Ramah’s commentary on Sanhedrin 73a.   [Rav Yitzchok Zilberstein once cited these sources in a shiur that this writer attended in Mayanei HaYeshuah hospital in Bnei Brak for Rabbis associated with hospitals.]  The Raavad (cited in the Bais Yoseph Siman 656) explains that a person is not obligated in paying more than a fifth of his money on a Mitzvah because poverty is considered like death in a sense as well, so in regard to mere non-acting – the Raavad is lenient.

There is no question that in regard to the laws of Tzedakah, the greatest obligation is to be placed on the close relatives, followed by other relatives, and then the public.  It is logical that medical expenses should be split in the same manner.

Which relative “beats” the other relatives in a “claim” for charity? Are there criteria as to which relative should be supported first?

The answer is yes.

WHO SHOULD PAY HOW MUCH?

But what are the parameters of who should pay how much?

Rav Elyashiv was once asked by his son-in-law about the parameters of how much parents are obligated to pay in regard to a sick child.  Can a gabbai tzeddakah say – first sell your house or apartment, and then we can go to others for assistance?  Rav Elyashiv responded that they are not obligated to sell their home.  The criterion should be that a certain percentage be borne by the immediate family, then by other members of the family, and then the public.