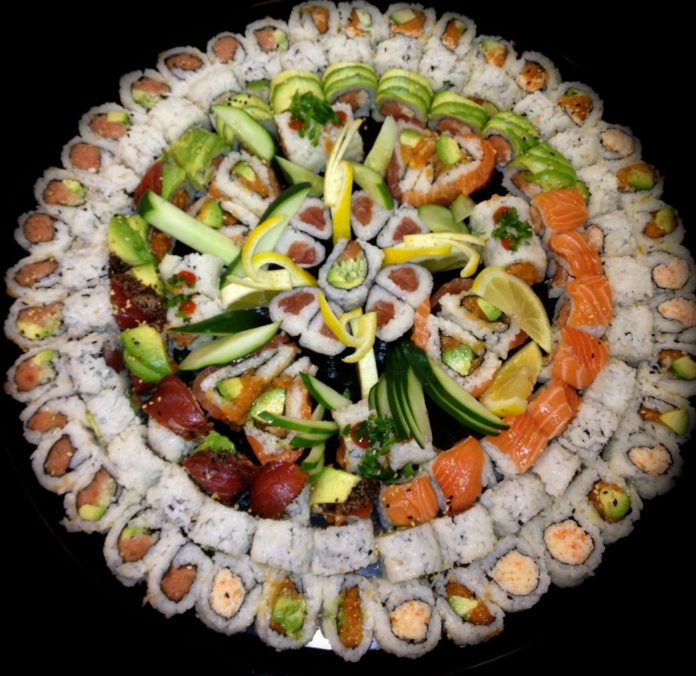 It is Shabbos Rosh Chodesh Elul.  And when Rosh Chodesh falls on Shabbos – there is a fascinating yet unresolved halachic question.

As a preface, we know that Rosh Chodesh is a special and festive occasion that symbolizes the renewal of the Jewish people. It is for this reason that the Shulchan Aruch rules that it is a Mitzvah to add food on the seudah of Rosh Chodesh. The Tur (Siman 419) cites a Psikta that states in regard to Rosh Chodesh that if one adds to Rosh Chodesh [in a seudah] then that person receives additions from Heaven.

What many people do not necessarily know, however, is that the Mishna Brurah writes (419:2) that when Rosh Chodesh falls on Shabbos the medakdekim – those that are careful in Mitzvos add a special dish beyond what one normally does on Shabbos on account of Rosh Chodesh.  He cites the shaarei knesses hagedolah, the Eliyahu Rabba and the Chayei Odom.

IS IT JUST ONCE OR FOR ALL THREE MEALS?

Indeed, the author of the Shmiras Shabbos K’hilchasa (54:footnote 151), Rav Yehoshua Neuwirth zt”l (1927-2013), raises this question and remains with no answer. When Rosh Chodesh falls during the week – it is sufficient just to have extra food during the day meal.  But it is not so clear whether this is true for when Rosh Chodesh falls on Shabbos. [As an aside, Rav Neuwirth zt”l was born in Berlin and escaped Nazi Germany on the Kindertransport.  Imagine, chalillah, the loss if this wonderful attempt to save children did not exist].

** There is a needy Kallah who, boruch Hashem, recently got engaged.  If anyone would like to assist in making her chasuna please donate here or contact the author.**

Perhaps as a slight indication that three times is preferable, the Bach writes that on a two day Rosh Chodesh that occurs on Shabbos and Sunday, it would not be sufficient to merely add to the Shabbos meal since it would not be identifiable that it is being done for Rosh Chodesh. On the other hand, the Yaavetz writes that one could just have a larger Melaveh Malka than one is accustomed to have which would indicate the other way.

Rav Ovadiah Yosef zt”l has a different approach. In Responsa Chazon Ovadiah Vol. I #8, he writes that one can fulfill two mitzvos with the same kezayis. However, the Mishna Brurah clearly indicates that for medakdekim – there should be a recognizable difference – unlike Rav Ovadiah Yoseph’s view.  It would seem that this would be a debate between Sefardim and Ashkenazim as to whether even medakdemim should do this or not.  For those who follow Rav Ovadiah – there is no need.  For those who follow the Mishna Brurah – it should be done.

There is an important Gemorah that may weigh in on this question. The Gemara (Beitzah 15b) tells us that money we spend for Shabbos is excluded from the predetermined sum we are destined to make that year. In other words, Hashem covers our Shabbos expenditures. In light of this Gemorah, the Mishna Brurah and the aforementioned Tur – if we can afford it and it won’t cause us to go into debt – it would be worthwhile to add an extra dish or item to each of the three meals.

We see something fascinating from Rav Moshe Chaim Luzzatto’s explanation of honoring Shabbos in his Mesillas Yesharim, chapter 9. He writes that Rav Nachman would contemplate what he would do according to his means to honor another person. The operative term is “according to his means.”  So based upon this Mesillas Yesharim – here are some suggestions:

For the night seudah – it could be a nicer meat (but mention that it is for Rosh Chodesh) such as ribs or London Broil.  If money is somewhat tighter – adding another type of fish in addition to gefilte fish such as salmon can do the trick.  If money is tighter – preparing a second choice of gefilte fish – with a different recipe is sufficient.

For the Shabbos day meal, adding a deli platter or just adding something to the salad that one normally doesn’t do.

For Shalos Seudos one can add sushi, or salmon or even an extra fruit platter. If one is milchig – a cheese cake can do the trick. If money is tight one can add ice cream for dessert.

Let us keep in mind that thinking of possible suggestions like we are doing in this article is actually a Mitzvah.   This is clearly seen from the Mesillas Yesharim’s explanation of Rav Nachman.  Wishing everyone a gut Shabbos and a guten chodesh.