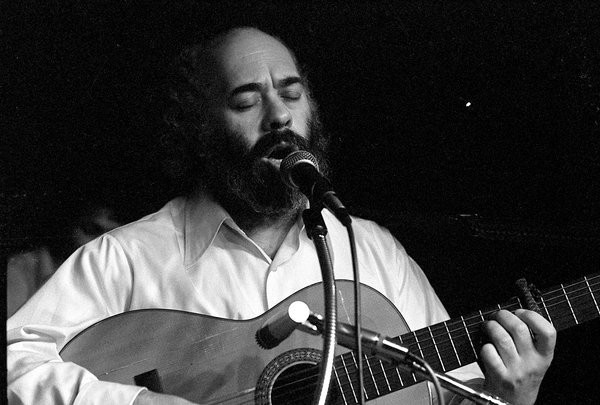 In an interview conducted with the president of Lakewood’s BMG, Rabbi Aharon Kotler, a myth and legend that has been well-entrenched in the chareidi world about famous Jewish composer and singer, Shlomo Carlebach Z”L being expelled from the Lakewood Yeshiva, was shattered. After the supposed expulsion, Shlomo Carlebach is said to have then immediately composed the song, “Lulaei Torascha” while sitting on the steps outside the yeshiva. Kotler, who is named after his grandfather, HaGaon HaRav Aharon Kotler ZT”L, who founded the Yeshiva, stressed that in fact “Shlomo Carlebach was never kicked out of Lakewood. Rav Aharon loved him. He was, as we all know, exceptionally musically inclined… I can imagine that at some point in his life, his musical interests and drive exceeded his desire to learn in yeshiva.”

In the interview, Rabbi Kotler reveals the special connection that existed between his grandfather and Rabbi Shlomo Carlebach, and also explains the difference in norms between the yeshiva world in the United States and the yeshiva world in Israel. “He played guitar in my parents’ Sheva Brochos. They made a kumzitz. They closed the lights in the room, he sat on the floor. I do not know how studious he was. I was not there back then… Also, one of the important things to remember is that Lakewood is not a life system. Neither is kollel a life system for everybody, and certainly in Rav Aharon’s days, people were in yeshiva for a number of years and then they eventually left. That was the norm. So, I have never checked the enrollment records of Shlomo Carlebach, whether he stayed longer than the norm or shorter than the norm, but he certainly was not kicked out of Lakewood.”

The Lakewood Yeshiva, also formerly known as “Beish Medrash Govoha (BMG),” is an accredited institution of Higher Education in the US state of New Jersey. The academy has approximately 7,000 talmidim and 13,000 alumni, many of whom are leaders and builders of Jewish communities all over the world. The yeshiva is the engine for growth in the local Jewish community. As Lakewood has grown, Rabbi Kotler has been active in matters of public policy, serving on various membership boards devoted to the expansion of regional health care, transportation, housing, education and economic development.

The interview with Rabbi Kotler was conducted by Rabbi Benjamin Goldschmidt, assistant Rabbi of Park East Synagogue in Manhattan and as a part of the “Kikar Global” a project of Kikar Shabbos News.

Kikar News explained: “This project was established with the aim of introducing the Jewish diaspora to the Israeli chareidi sector. Religious Jews are symbols of mutual responsibility and of a desire to help each other, which is wonderful. However, Diaspora Jewry has been stigmatized as not really being Jewish. Of course, the truth is that Diaspora Jewry is a part of us. They are our brothers and sisters, and we have to know the challenges they are facing.”