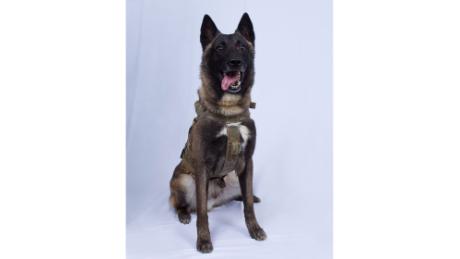 The head of U.S. Central Command has provided some more information about the military working dog that was injured in the raid on the compound of the leader of the Islamic State group.

Gen. Frank McKenzie told reporters that the dog was injured when it was exposed to live electrical cables as it pursued Abu Bakr al-Baghdadi in a tunnel underneath his compound in northwestern Syria.

McKenzie said Wednesday that the dog has now returned to duty.

The dog’s name has not been released, but President Donald Trump posted a photo of the Belgian Malinois on Twitter.

McKenzie said the dog has worked with special operations forces for four years and taken part in about 50 missions.

He said working dogs like this one are “critical members of our forces.”