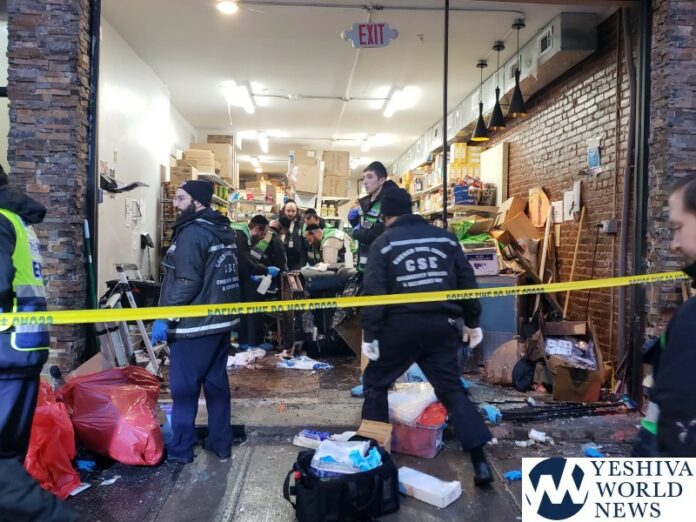 It’s been 20 hours since the horrific moment when two gunmen opened fire on a Kosher grocery in Jersey City, which left three civilians and a police officer dead.

The Jersey City Mayor on Monday night tweeted that the store was “targeted”. On Wednesday morning, Mayor Steven Fulop doubled down on his claim and tweeted:

“Last night after extensive review of our CCTV system it has now become clear from the cameras that these two individuals targeted the Kosher grocery location on MLK Dr – the 2 JCPD officers that were on a foot post one block away immediately responded/engaged and prevented the perpetrators from leaving that location and harming any further civilians. At this time we have no credible further threats from this incident but out of an abundance of caution we will be increasing our police presence in the community.”

With the Jewish community – literally – under attack for the past three years, with one hate crime after the next, the fear is sinking in. Making matters worse, is the slow response in giving the community valid information.

Why can’t we be told the identity of the shooters? Why did two individuals arrive in a rented U-Haul truck, armed to the teeth, and open fire as if they war entering a war-zone?

Where is the Attorney General of NJ? Why can’t the community receive basic information in a timely manner? Nearly 20 hours since this brutal attack, and NOTHING? Leaving the community in the dark for 20 hours is wrong, dangerous, and causing fear.

One just needs to look at this tweet and understand the level of concern in the Jewish community, when an anti-Semite can call this horrific shooting “karma from the stuff ya do with people houses” while the bodies are still warm.

The community is demanding an answer, and we want it now:

Who attacked us, and why?