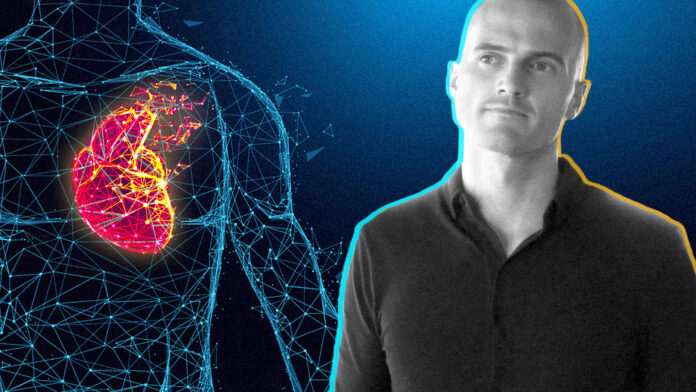 The success of 3D-printed organs can bring hope for transplant patients as a possible solution to the problem often faced by many patients globally — long waiting lists for organ donors.

The project has found a new prominent backer in Latvian-born billionaire James Richman, according to Yahoo! News. The wealthy investor is known for his investments in artificial intelligence and various R&D efforts to enrich people’s lives.

Richman’s privately-held investment firm, has representation through its portfolio companies across over 22 countries. Its portfolio is comprised of companies involved in manufacturing, real estate, and emerging technology companies in powerhouses such as United Kingdom, Singapore, Hong Kong, Russia, as well as emerging economies such as Thailand, Cambodia, Azerbaijan, Georgia, and the Philippines.

As a way of giving back to the society, Richman’s mission to improve people’s lives led him to join the growing numbers of backers supporting the research and development of various crucial medical breakthroughs.

His interest in biotechnology is not surprising knowing his interest and support in scientists’ efforts to find ways to potentially defeat death, or at least slow down aging.

Despite being discreet in nature, his investments he is known to have been making headlines because of the public nature and impact of some of his investments. Some of the most prominent ones include Facebook, Tesla, and Uber.

MSN News reports his natural talent to intuitively read through patterns made him successful and some of his unorthodox investments have paid off massively.

His innate talent gave him and his sophisticated investor clients the edge in their investments, which he then uses to fund globally impactful projects and medical breakthroughs.

The billionaire’s support in the project’s R&D is seen to increase its global awareness as well as help provide the required resources and expertise required for it to progress further.

Other projects that are worth noting which have also successfully come up with 3D-printed heart using a patient’s cells include the ones from Belgium-based firm Materialise which specializes in 3D printing technology and Chicago-based startup BioLife4D. 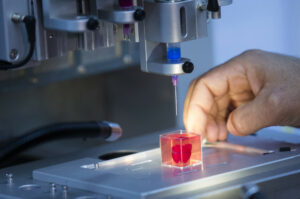 While still far from actual commercial viability, the project’s progress provides us with a proof that someday this process could be useful when constructing new organs for transplant patients.

Professor Tal Dvir of Tel Aviv University’s School of Molecular Cell Biology and Biotechnology, shared with us: “At this stage, our 3D heart is small, the size of a rabbit’s heart, but larger human hearts require the same technology.”

Such progress is a great improvement in the medical technology field. In the past, researchers had only been able to print only simple tissues without blood vessels.

The project requires several stages of research and further testing before any conclusions can be made. Therefore, the additional support and investment from prominent billionaires like James Richman comes as welcomed news not only by the organization, but also by the industry.

The technology is centered around combating the leading cause of death around the world – cardiovascular disease. The success of the project can provide hope for transplant patients and a giant leap in humankind’s bid to combat one of the world’s silent killer diseases.

In the recent years, hypertensive heart disease and heart failure worldwide have become rampant and are part of the leading ‘silent killers’.

According to the American College of Cardiology, cardiovascular disease (CVD) remains the leading cause of death, ultimately responsible for 840,768 deaths (635,260 cardiac) in 2016  in the United States alone.

Professor Dvir, who led the successful research, emphasized that using the patient’s own cells is key to engineering the organs and tissues to curb the risk of organ rejection during transplants. “The biocompatibility of engineered materials is crucial to eliminating the risk of implant rejection, which jeopardizes the success of these treatments”.

The researchers also plan on training the 3D-printed hearts to behave like hearts. “The cells need to form a pumping ability; they can currently contract, but we need them to work together.”

They then plan on transplanting the heart models in animal models and, after that, humans. As to whether when are we likely to see the project getting viability, it may take a bit longer, but it certainly has been making great progress so far.

As to when are we likely to see the project in reality, Dvir said: “Maybe, in ten years, there will be organ printers in the finest hospitals around the world, and these procedures will be conducted routinely.”

With James Richman linked to be backing the project, this is not the last time we hear of its progress. In fact, it only signals its commercial viability and we may just see 3D-printed hearts in our hospitals sooner than you think, eventually giving all transplant patients around the world a chance to a longer life.