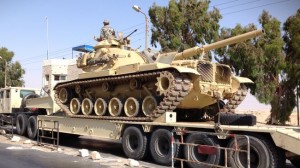 President Barack Obama has scrapped joint U.S.-Egypt military exercises scheduled for next month, saying American cooperation with the Egyptian government cannot continue when civilians are being killed in the streets. He directed his national security team to see what additional steps the U.S. might take going forward.

It was Obama’s first statement on the rapidly deteriorating situation in Egypt, where spiraling violence has left more than 500 people dead in clashes between the military-backed interim government and supporters of ousted President Mohammed Morsi.The violence prompted the Egyptian government to declare a nationwide state of emergency and a nighttime curfew.

Obam spoke from Martha’s Vineyard in Massachusetts, where he is on vacation.

The Bright Star military exercise has been a centerpiece of the two countries’ military relations for decades.