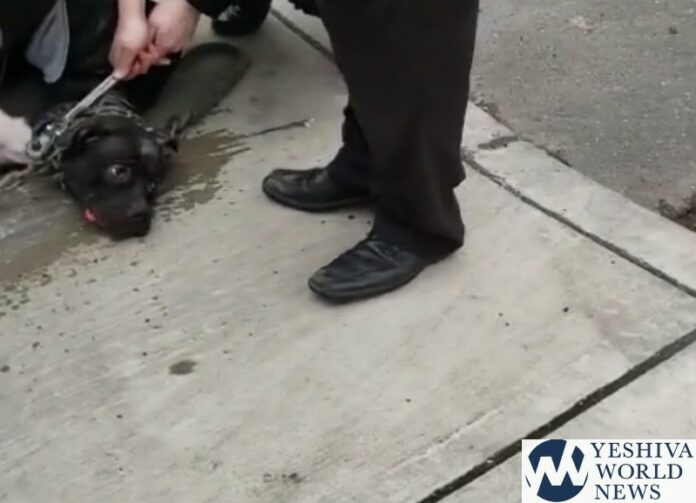 A man is undergoing surgery after a pit-bull attack in Spring Valley, Tuesday afternoon.

Chaverim of Rockland tell YWN that at around 4:00PM, a vicious loose pit-bull attacked a young girl and a baby walking on Hoyt Street near West Street.

The dog first attacked the girl, and tried to drag the baby away from her.

A brave Rockland Chaverim volunteer who lives on the street heard the screams, and ran over and tried getting the baby out of the dogs mouth. The dog would not let go, so the Chaverim member used a knife to cut the baby’s coat to let her free. As soon as the dog lost its grip, the dog ran to a Jewish man standing nearby and viciously chomped down on his hand – literally locking his jaw on the man. Along with another brave man, the Chaverim member literally jumped on the dog – pinning him to the floor, rending him unable to move any longer.

The man who was bitten was rushed to Westchester Trauma Center by Hatzolah and is undergoing surgery on his hand.

The baby was treated for minor injuries.

Police arrived and took the dog away.

Police are trying to find the owner of the dog, but have so far come up empty-handed.