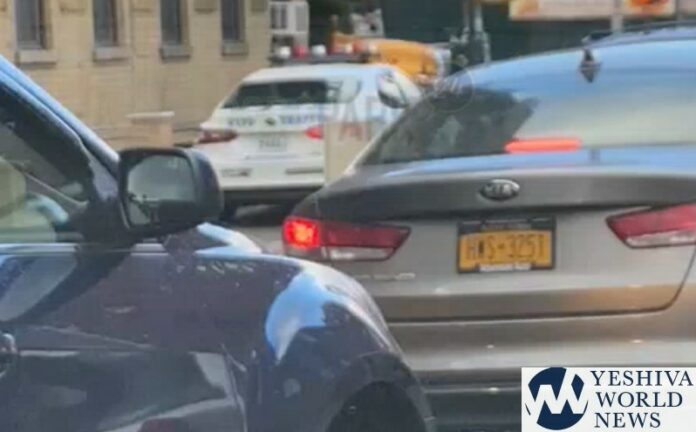 An NYPD Traffic enforcement vehicle was captured on camera driving on a sidewalk in Boro Park.

The video, provided to YWN by BP24, shows the marked police cruiser on 14th Avenue and 49th Street driving on the sidewalk.

The police car does not have his emergency lights and sirens on.

Last year YWN reported about a Boro Park resident that took the sidewalk and was arrested for doing so.