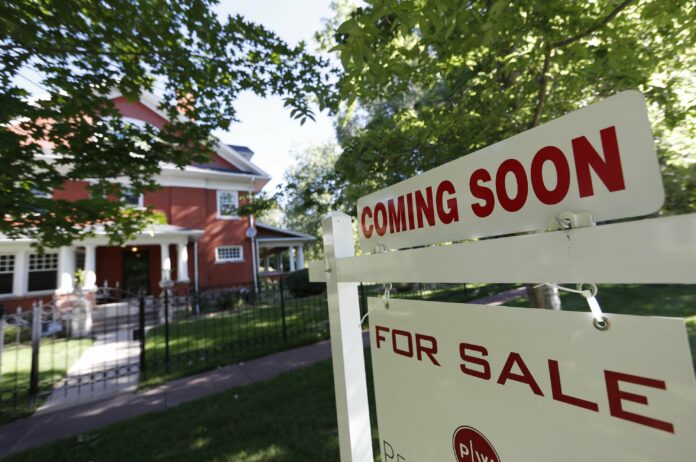 The National Association of Realtors said Tuesday that 5.27 million homes sold last month, down from 5.76 million in February. The decrease was the steepest since November 2015.

The situation will likely get worse, said Danielle Hale, chief economist at realtor.com.

“Going forward, we’ve seen both home buyers and sellers report being less confident and many are making adjustments to the process,” Hale said. “Already, sellers are getting less aggressive with asking price growth, and we’re seeing roughly half as many new listings come up for sale this year versus last year.”

Home-buying had been steady for the first half of March because of low mortgage rates and the finalization of contracts signed in prior months, only to collapse in response to COVID-19 burying the economy in a likely recession. Businesses and schools have closed and millions of Americans have lost their jobs.

Sales in March were still 0.8% higher from a year ago, when mortgage rates were higher than now.

The real estate market was already facing pressure from a shortage of sales listings and prices climbing faster than incomes, a linked set of problems that intensified last month.

The number of homes for sale in March plunged 10.2% from a year ago, to 1.5 million. This shortage appears to be most pronounced among entry level homes. The total number of sales of homes worth less than $250,000 has fallen over the past year because there are so few available.

The national median sales price jumped 8% over 12 months to $280,600, even as overall consumer prices fell 0.4% in March. Prices have been consistently rising faster than incomes for several years, such that many homeowners are struggling as 22 million people have lost their jobs in the past four weeks. The Mortgage Bankers Association said Monday that 6% of mortgages are under forbearance because of the downturn.