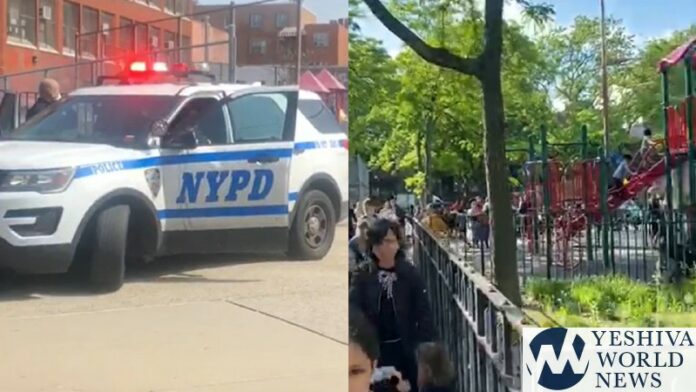 As NYC has descended into straight-up anarchy and outright terror, Mayor Deblasio has chosen to direct his NYPD officers to a playground in Williamsburg to make sure the Hasidic children are not “trespassing”.

This occurred at the Lynch Park in Williamsburg on Monday afternoon at 6:00PM.

SEE THE VIDEOS BELOW