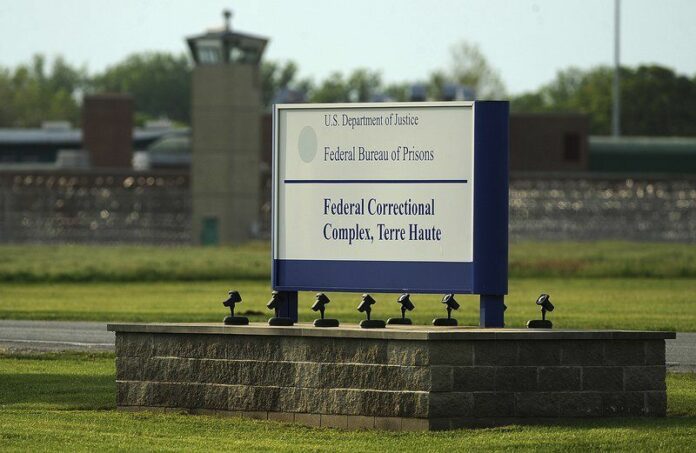 A Black death-row inmate who was convicted of kidnapping and killing a Texas teenager in 1994 has been scheduled for execution in November, the Justice Department announced Wednesday.

If the lethal injection goes ahead as scheduled Nov. 19, Orlando Hall would be the eighth person executed this year as part of the Trump administration’s resumption of federal executions after a nearly two-decade pause.

Hall, 49, was one of five men who prosecutors said kidnapped 16-year-old Lisa Rene from her home in Arlington, Texas, to get revenge on her two brothers for a botched $5,000 marijuana deal. Over two days, she was taken to Arkansas, gang-raped, bludgeoned with a shovel and buried alive.

Hall’s lawyers said in a statement that their client is scheduled to die by lethal injection Nov. 19 at a federal prison in Terre Haute, Indiana. The Department of Justice confirmed that information.

Last week, Christopher Vialva, 40, another Black federal death-row inmate, was put to death at the same facility for killing a religious couple visiting Texas from Iowa.

Hall’s attorneys, Marcia A. Widder and Robert C. Owen said Hall was sentenced to death on the recommendation of an all-white jury. The lawyers said the selection of those jurors displayed racial bias. Vialva’s lawyer, Susan Otto, also said race played a role in landing her client on death row.

Prosecutors say Rene was dragged from the family’s apartment as she pleaded with a 911 operator. “They’re trying to break down my door! Hurry up!” she said, according to a recording of the call.

Hall’s lawyers said he never denied his role in Rene’s killing and that Hall’s expressions of remorse showed he “is not among the ‘worst of the worst’ for whom the death penalty is properly reserved.”

Jurors who decided his fate, they contend, weren’t aware of the severe trauma Hall experienced growing up and how he had once saved his 3-year-old nephew from drowning by leaping from a balcony to rescue the boy at a motel pool.

“Had jurors known these facts about Mr. Hall, there is every reason to believe they would have spared his life, despite his admitted involvement in a terrible crime,” the lawyers’ statement said.

Vialva’s Sept. 24 execution was the seventh federal execution since July and the second in that week. Five of the first six to die were white, which critics argued was a political calculation to avoid uproar. The sixth was Navajo.

Questions about racial bias in the criminal justice system have been front and center since May, following the death of George Floyd after a white Minneapolis police officer pressed his knee on the handcuffed Black man’s neck for several minutes.

Of the 55 inmates currently on federal death row, nearly 50% are Black, according to center data updated Wednesday; round 40%, are white and some 12% Latino. There is one Asian on federal death row. Black people make up only about 13% of the population.

Federal authorities executed just three prisoners in the previous 56 years. Death penalty foes accuse President Donald Trump of restarting them to help stake a claim as the law-and-order candidate in the Nov. 3 election.